One of the first things people recommend when travelling to Hong Kong is to try the world famous dim sum. And they are right; these parcels full of tastebud-tingling ingredients are somewhat of a main attraction at many local restaurants. So first things first – go and try some right away!

And when you do, after of course making all sorts of ‘ohh yum’ kind of facial expressions, you will probably be left wondering: ‘What was in that?’ and ‘How the hell did they make that?’ I’d have a hard time tell you any of the ingredients in my favourite dim sum.

So when I found out about Klook’s dim sum making class, I couldn’t have thought of a better activity. I get to finally find out how these tasty parcels are made, and I get to do some cooking, which is a luxury for us residents of Hong Kong whose kitchens are no bigger than a shoe box.

I had a friend visiting from Australia so this really was the perfect experience to share with him. He had been eating western food for the last six months and was in complete awe of this kind of dining. As soon as we arrived at the cooking school we were handed a big white chef’s hat and apron. I already felt like the next Jamie Oliver. 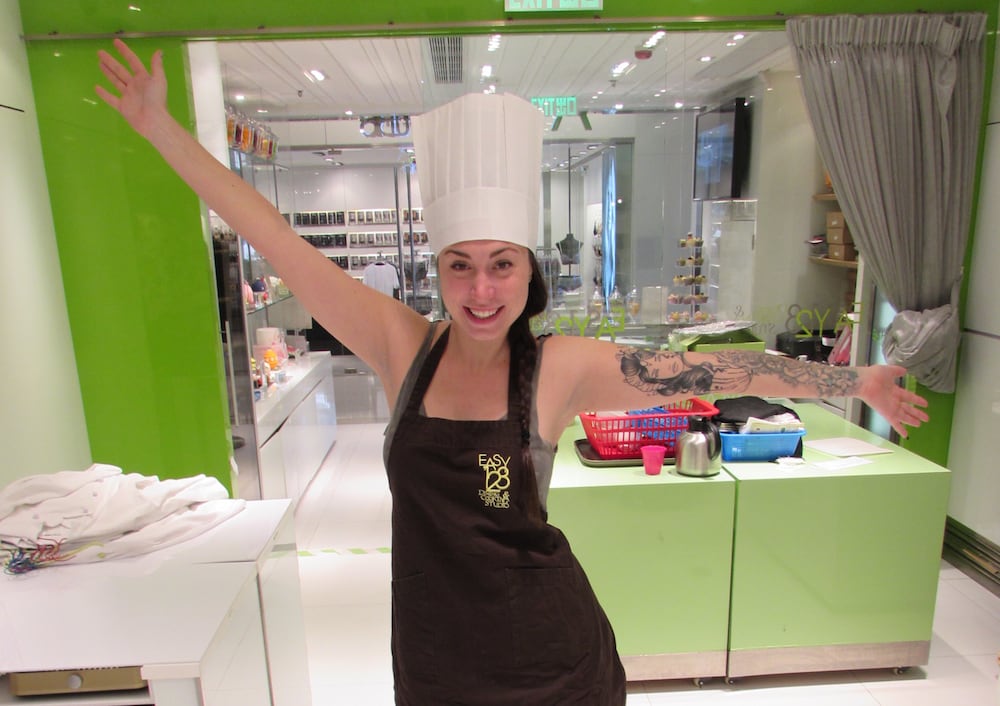 We had our own little cooking station equipped with draws to hold our belongings and chairs to rest our dim sum full bodies afterwards.

The chef spoke only in Cantonese, however, there was a member of staff translating for us as he went. I actually enjoyed this aspect as it felt more traditional and authentic. 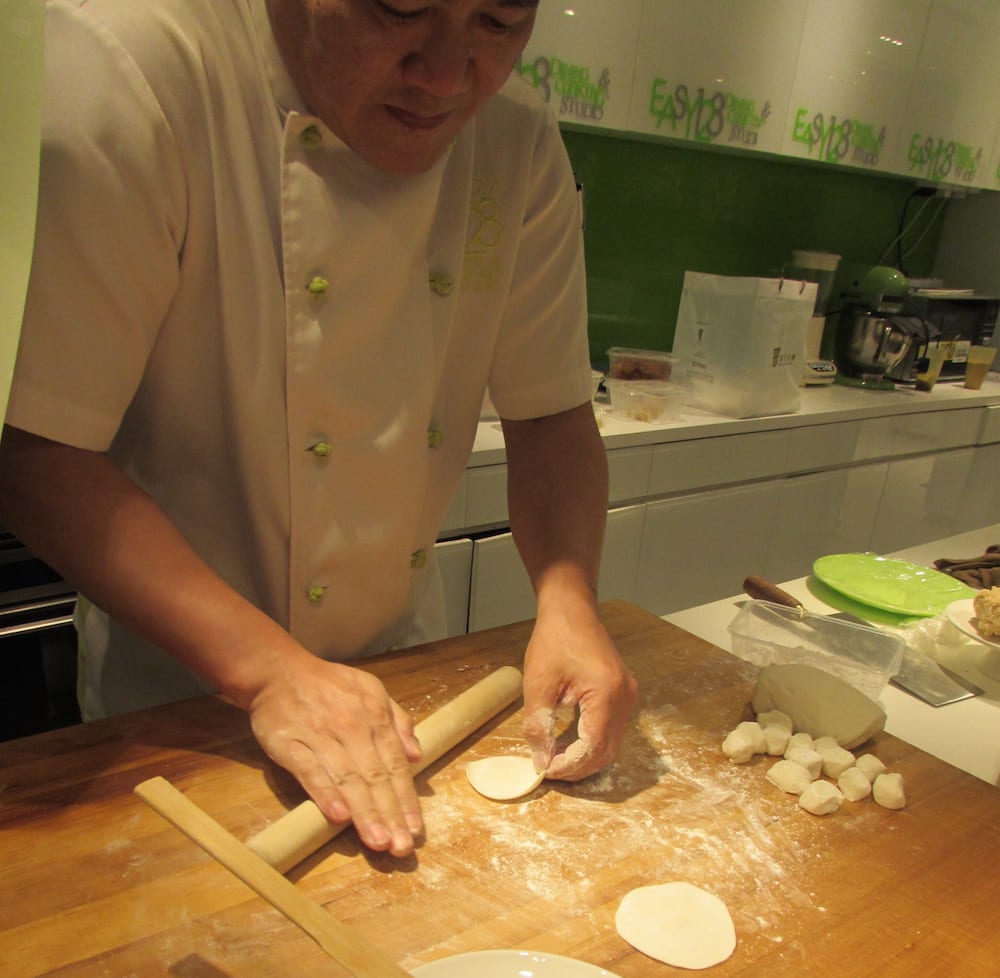 The staff explained what it is was we were going to be making and handed us an ingredient sheet for each of the three types of dim sum we were going to make. First the chef took us through how exactly it was made and demonstrated it for us. We were then given the ingredients and let loose at trying it ourselves.

The first one we made was ‘sui mai’ – parcels filled with prawns, pork and mushrooms. 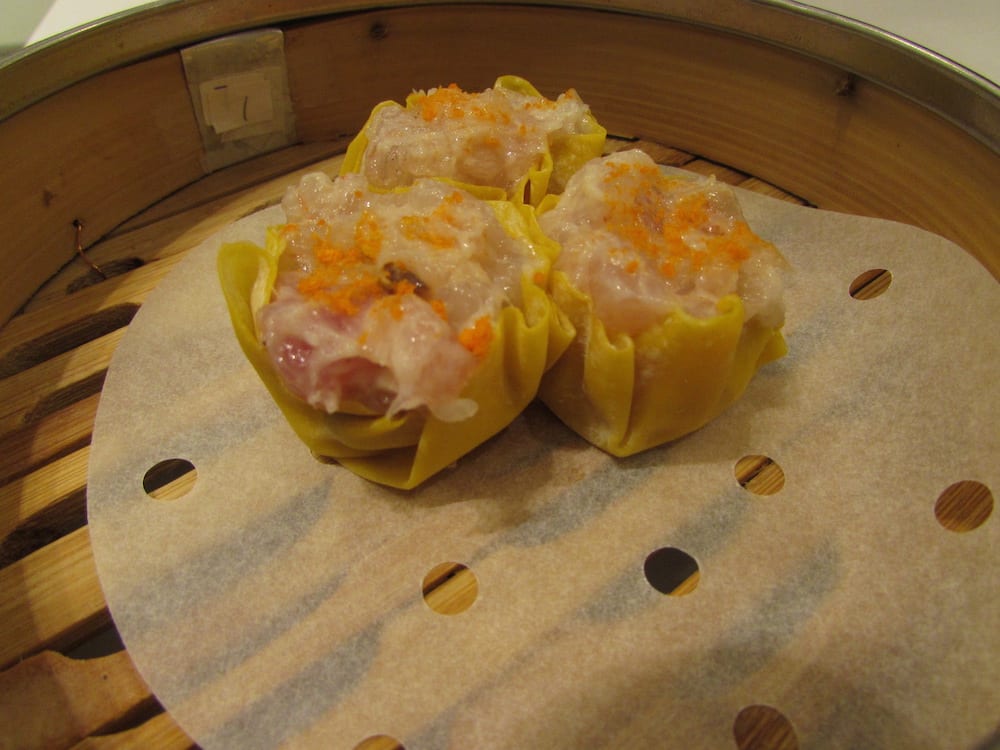 I was surprised at how easy it was. We got to make three each and then put them in the steamer ready to cook.

The second one was steamed pork dumplings.

This was so much harder, the chef made it look so effortless, but us students fell about laughing at how awful we were at it. Let’s just say they looked like anything but perfectly wrapped dim sum…

The third was a BBQ Pork bun- my favourite. 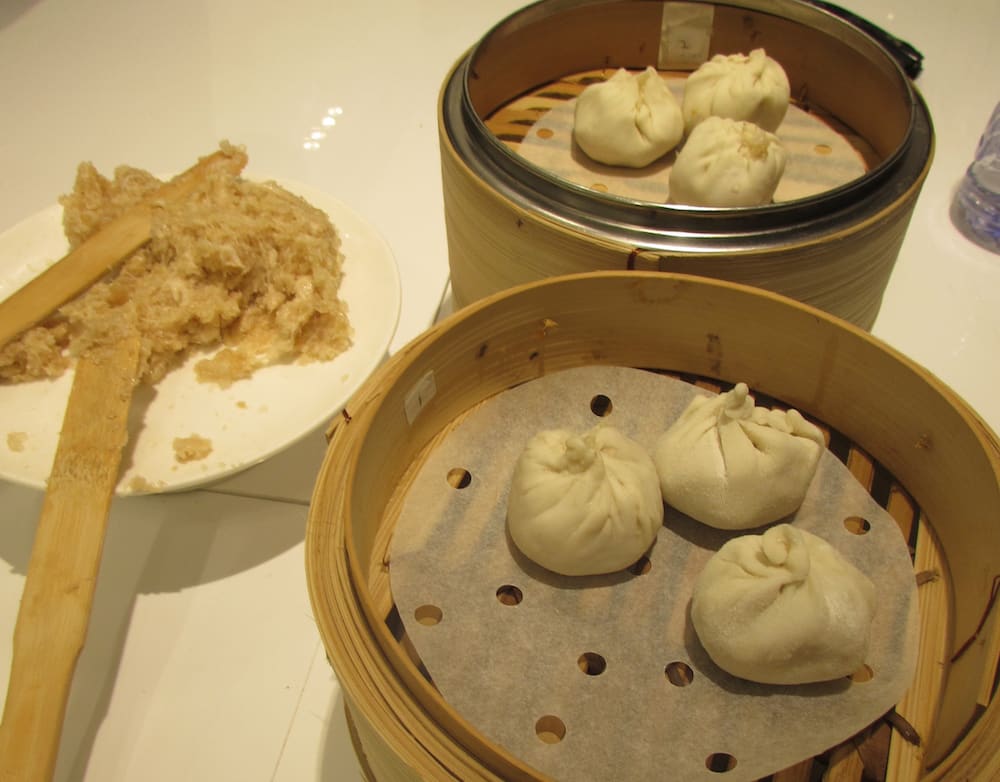 These were so fun to make, we had all started getting the hang of the ‘twist and seal’ technique and they began to resemble what the chef had demonstrated.

It took about 40 minutes to make all three kinds (three pieces of each) and we sat down with some tea while the staff cooked them for us.

What came out was nothing short of a feast. And they actually looked pretty good too. 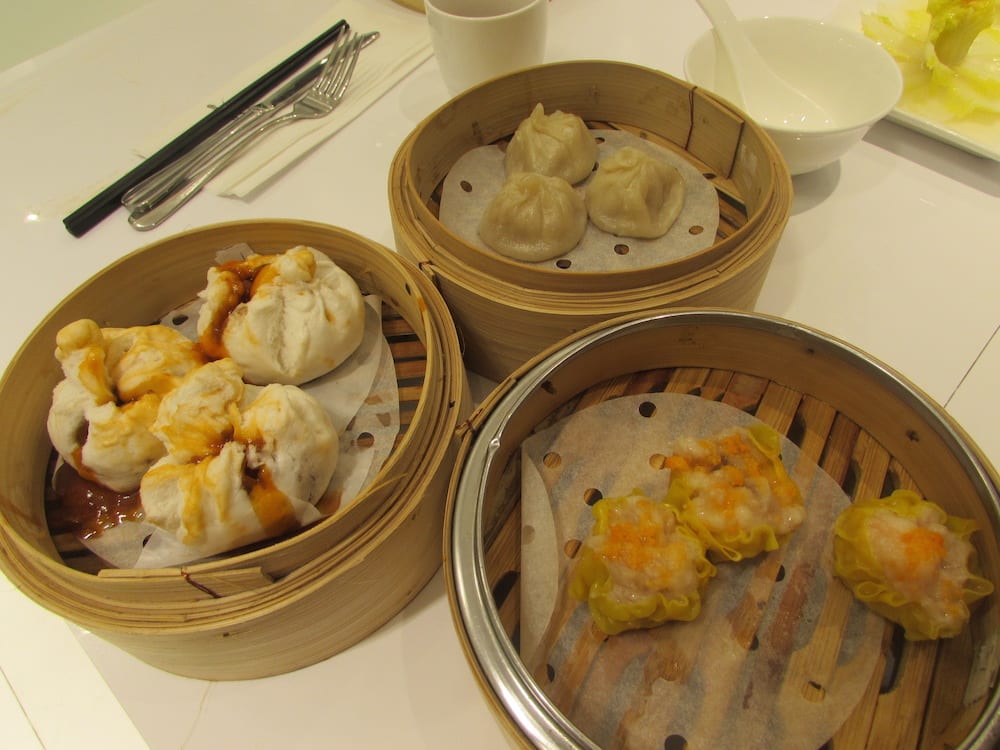 We actually struggled to eat everything as we were also served the chef’s demonstrations along with some different kinds of dim sum to try.

All in all, the class (including the eating) took about two hours and we walked away more educated and a lot fuller than when we arrived. It was such a great experience to finally understand the techniques that went into making Hong Kong’s most famous cuisines and to try something different from the regular tourist attractions. I would recommend this course to everyone, including kids.