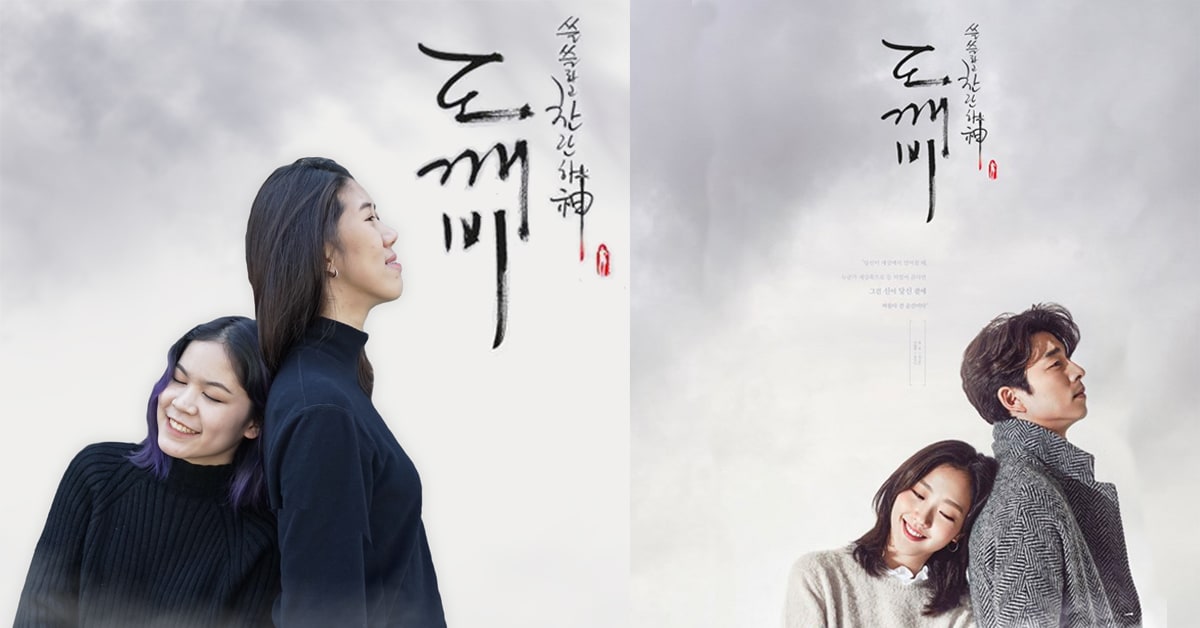 Recreate your own drama scenes

Every Korean drama fan dreams of heading to Korea for the ultimate drama pilgrimage. What’s better than sitting in the actual spot your oppa was in?

From beautiful scenery to theme parks and even restaurants, keep reading to find out how to get to your favourite drama sets.

1. You Who Came From The Stars – Petite France 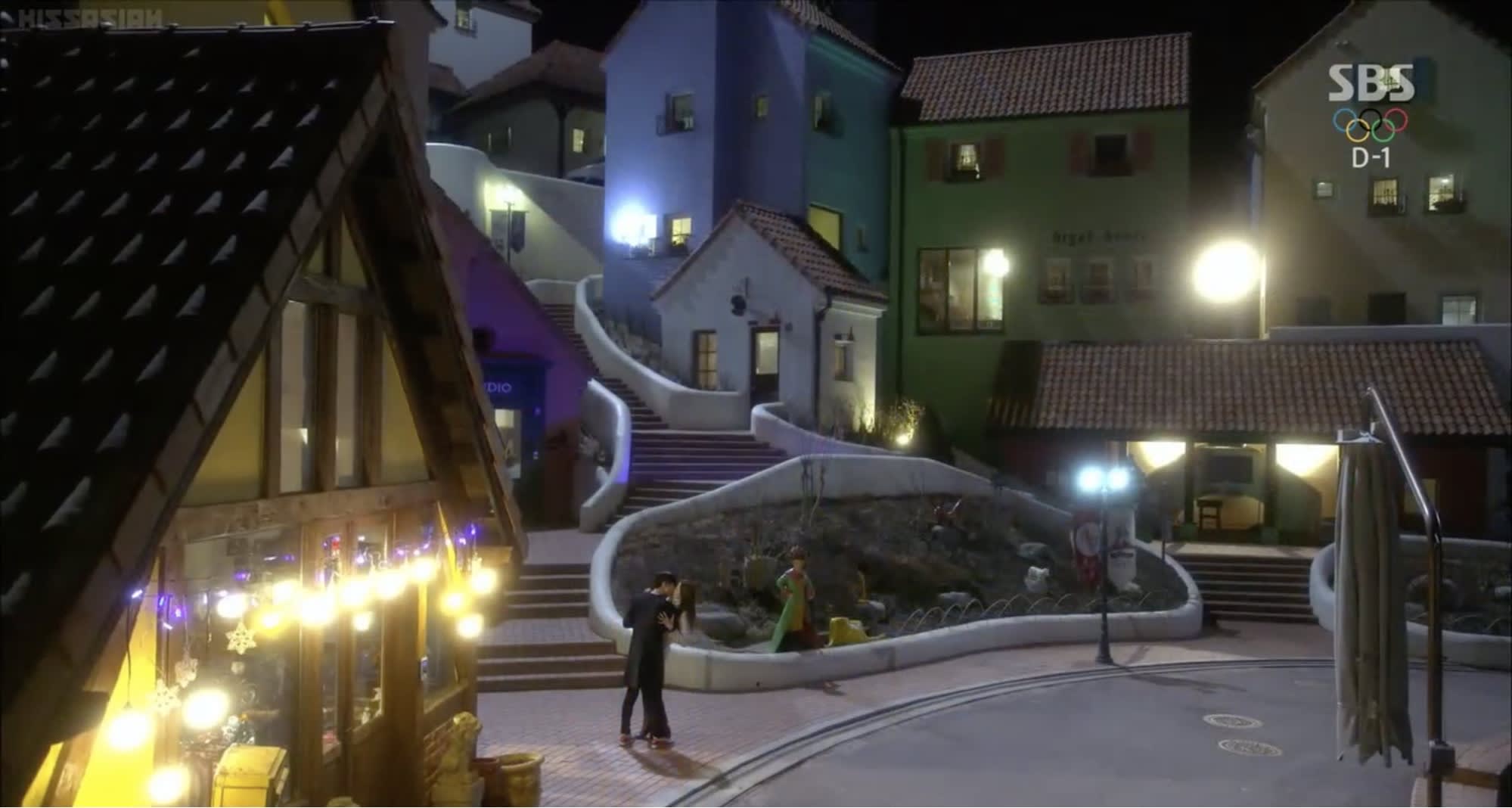 Source: You Who Came From The Stars, SBS

Fans of You Who Came From The Stars will hold the scene where Min Joon confesses his love for Song Yi dear to their heart. Shot at Petite France in Gyeonggi-do, the little French village is also home to other dramas such as Secret Garden.

Built around the story of The Little Prince, Petite France lets visitors experience the French culture through museums, cafes and restaurants.

How to get there: Take the subway or ITX to Cheongpyeing Station, before hopping on a shuttle bus that takes you straight to Petite France.

Petite France can be hard to get to via public transport, so make sure you Klook your day trip that includes round-trip transportation. 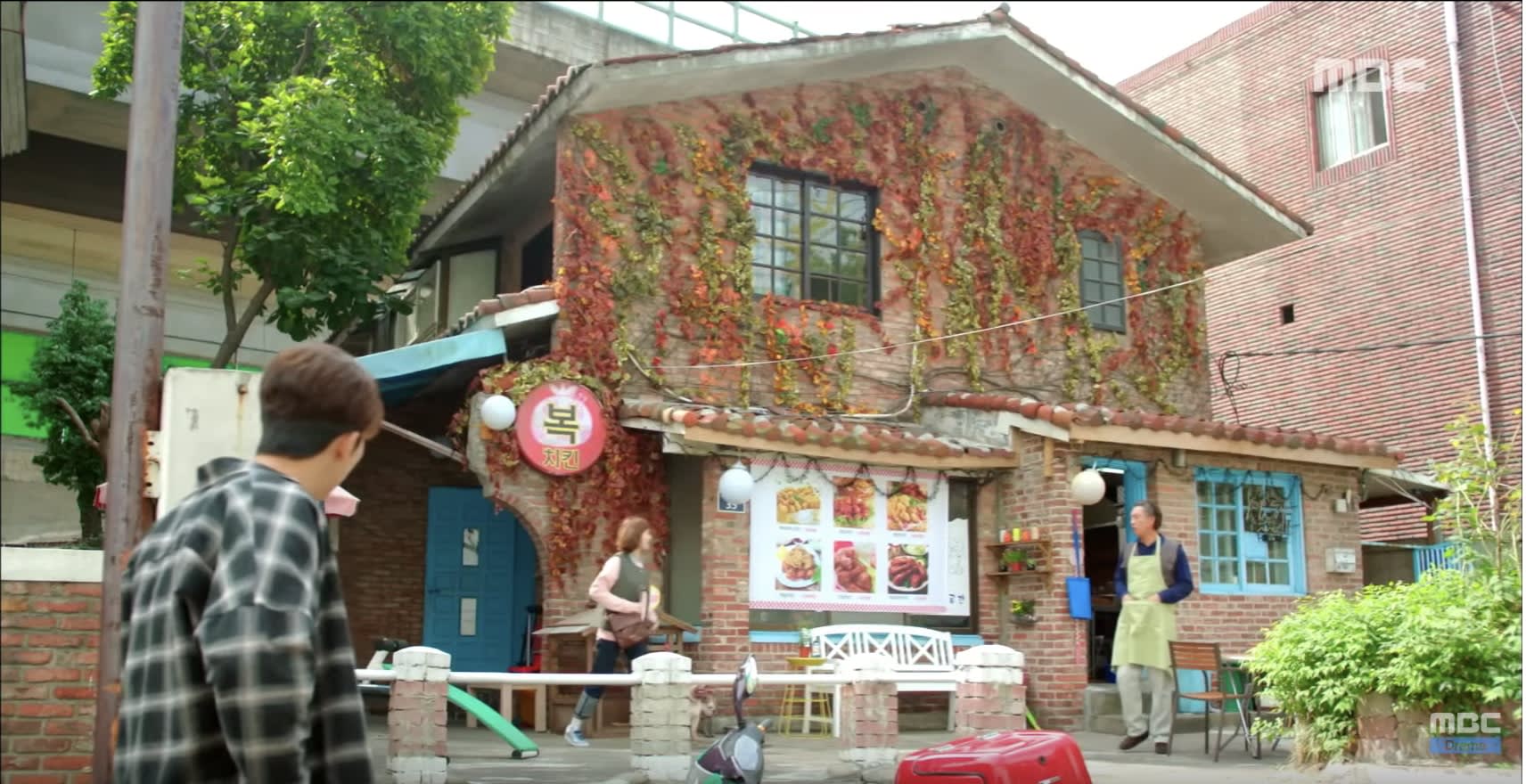 Also known as Bok Chicken in Weightlifting Fairy Kim Bok Joo, Jageun Maeul is home to the fried chicken restaurant run by Bok Joo’s father in the show. Unlike the show, the restaurant serves a variety of Korean food instead.

If you’re looking for an adventure outside of Seoul, Jaguen Maeul is the perfect place to relive Bok Joo and Joon Hyung’s awkward romance that made us swoon.

How to get there: Take the subway to Gireum Station and exit via Exit 3. At the bus stop right outside the exit, take Bus 7211 and alight at Kookmin University. After alighting, cross the road and head down the flight of stairs, where you’ll see Jaguen Mal on your left. 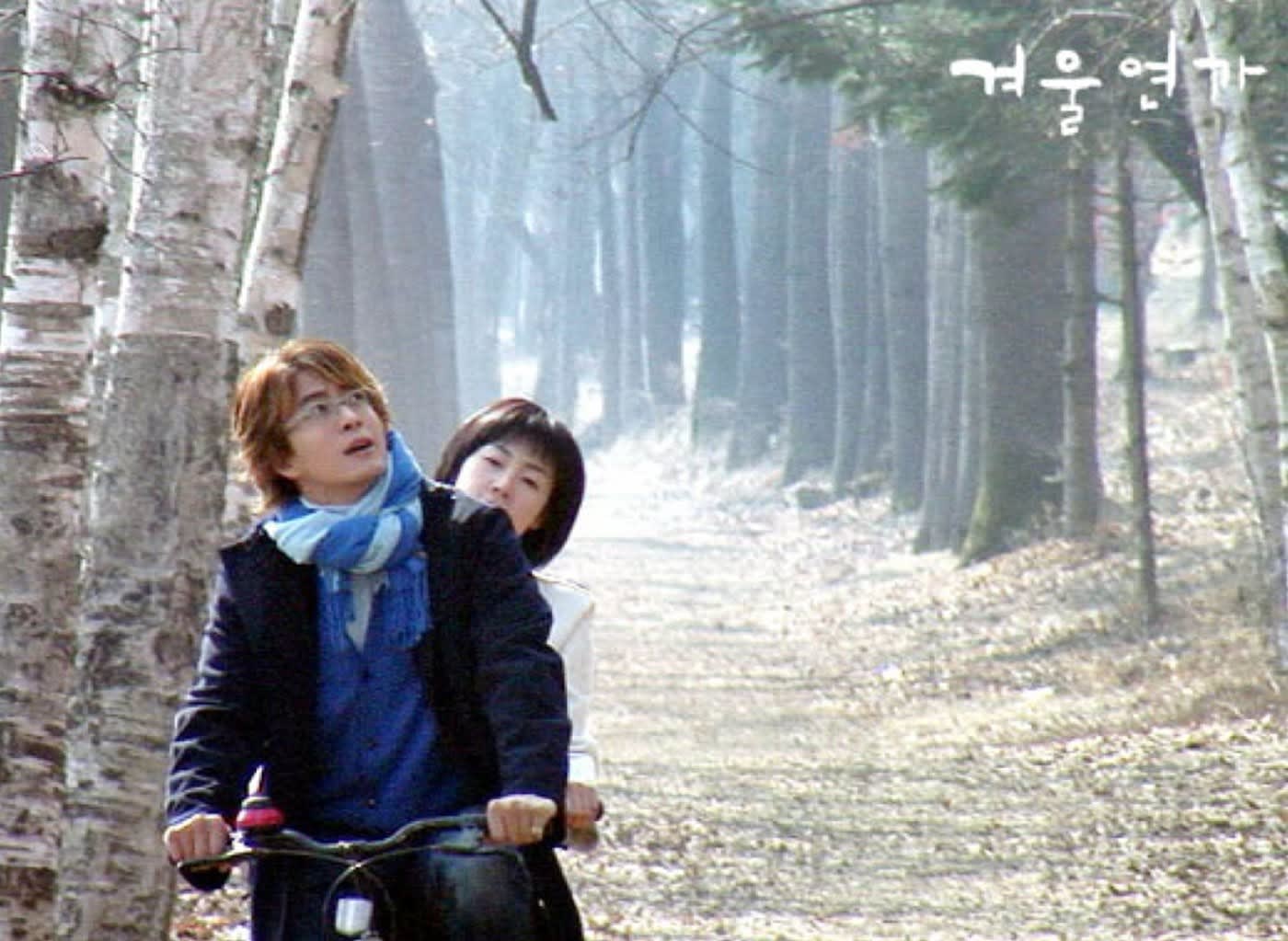 The romance between Yu Jin and Jun Sang stole the hearts of many, with Winter Sonata going on to become one of the most popular Korean dramas to have aired. Many even claim the drama made Nami Island a popular tourist spot. There’s even a statue of Yu Jun and Jun Sang on the island! 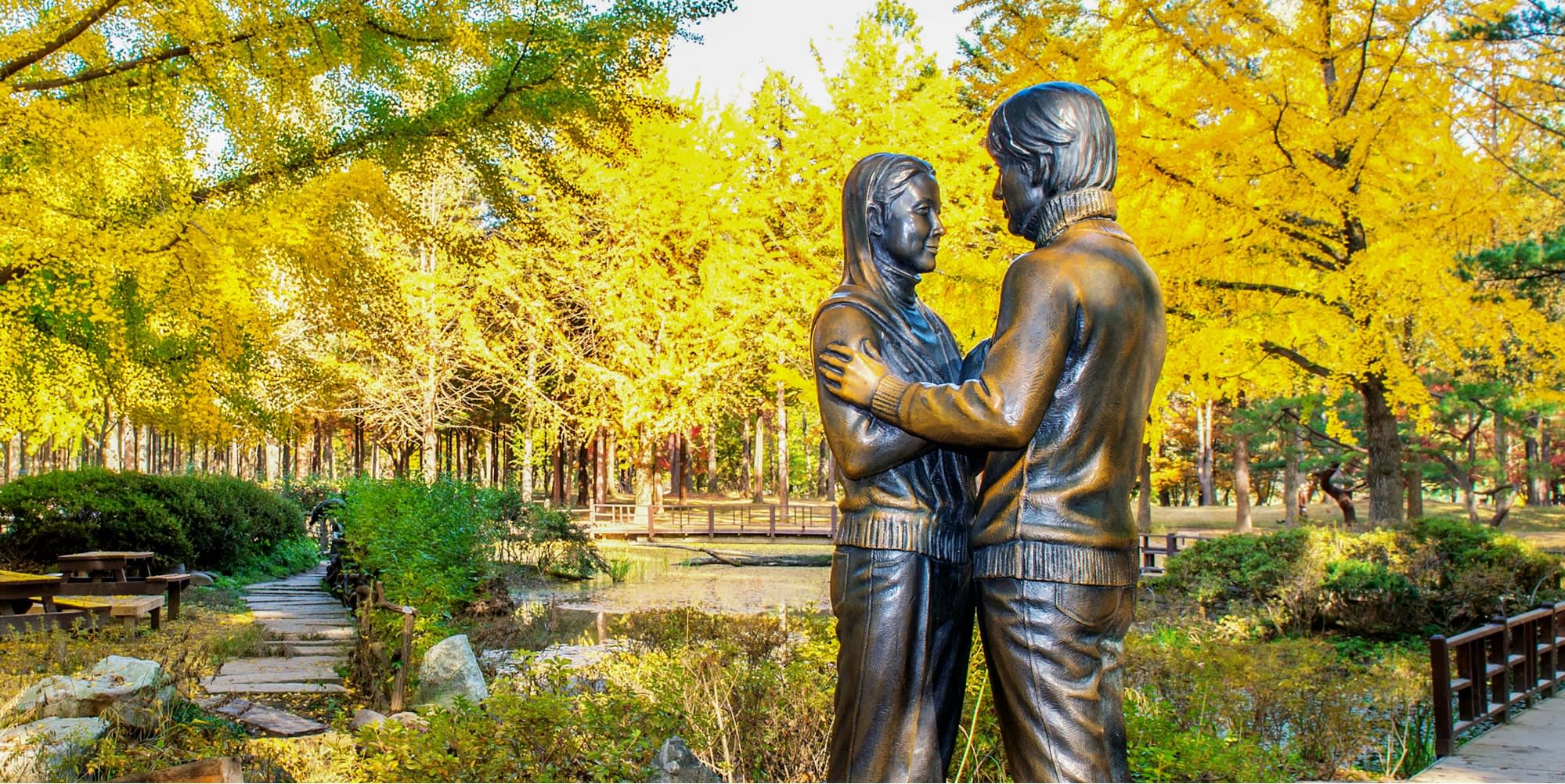 How to get there: Take a train to Gapyeong Station and look out for shuttle buses heading to the island.

To make the most your trip, Klook yourself a day tour to Nami Island, Petite France and the Garden of Morning Calm, where Love in the Moonlight was filmed. 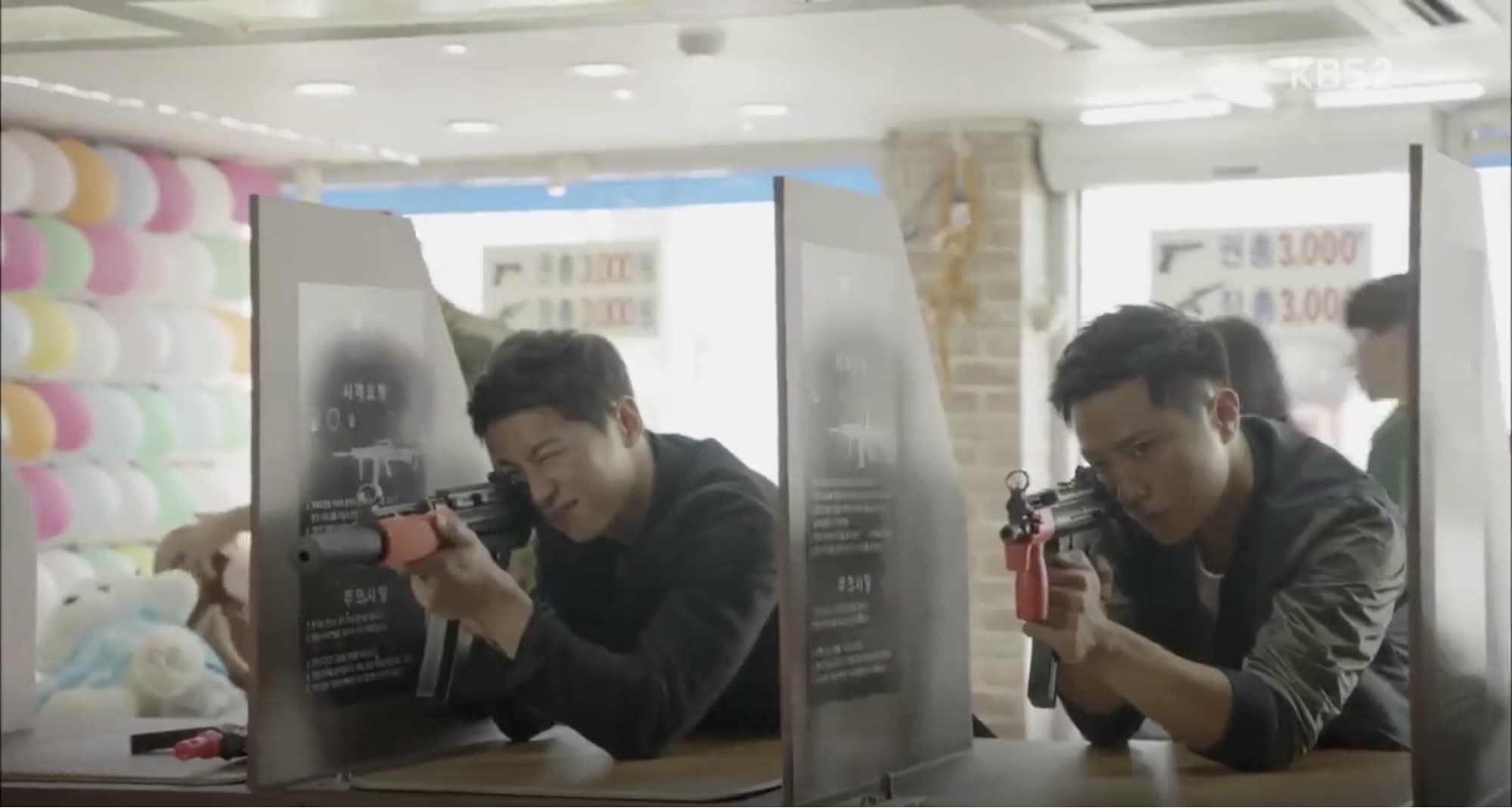 Source: Descendants of the Sun, KBS

There’s no denying that Descendants of the Sun is one of the most popular Korean dramas of all time. The love story between Si Jin and Mo Yeon gripped the hearts of many, and fans will know the Song-Song couple tied the knot in late 2017.

Fans may be disheartened to know that they can’t visit Uruk, the fictional country in which their love bloomed, but fret not! Many other sites of the drama can be found in Korea, including Wolmi Theme Park!

Found on Wolmido Island near Incheon, the theme park is featured in the show’s first episode There, Si Jin and Dae Young are spending their time off trying to win themselves “girlfriends”, the show’s famous stuff toys. If Everland’s rollercoasters bore you, make sure you check out Wolmi Theme Park!

How to get there: Take the subway to Incheon Station and leave via Exit 1. Turn right at the exit, and make another right 100m before crossing the road towards Wolmi-ro. Look out for Dongil Apartment Bus Stop and take Bus 45 for 7 stops, alighting at Wolmi Theme Park Bus Stop. 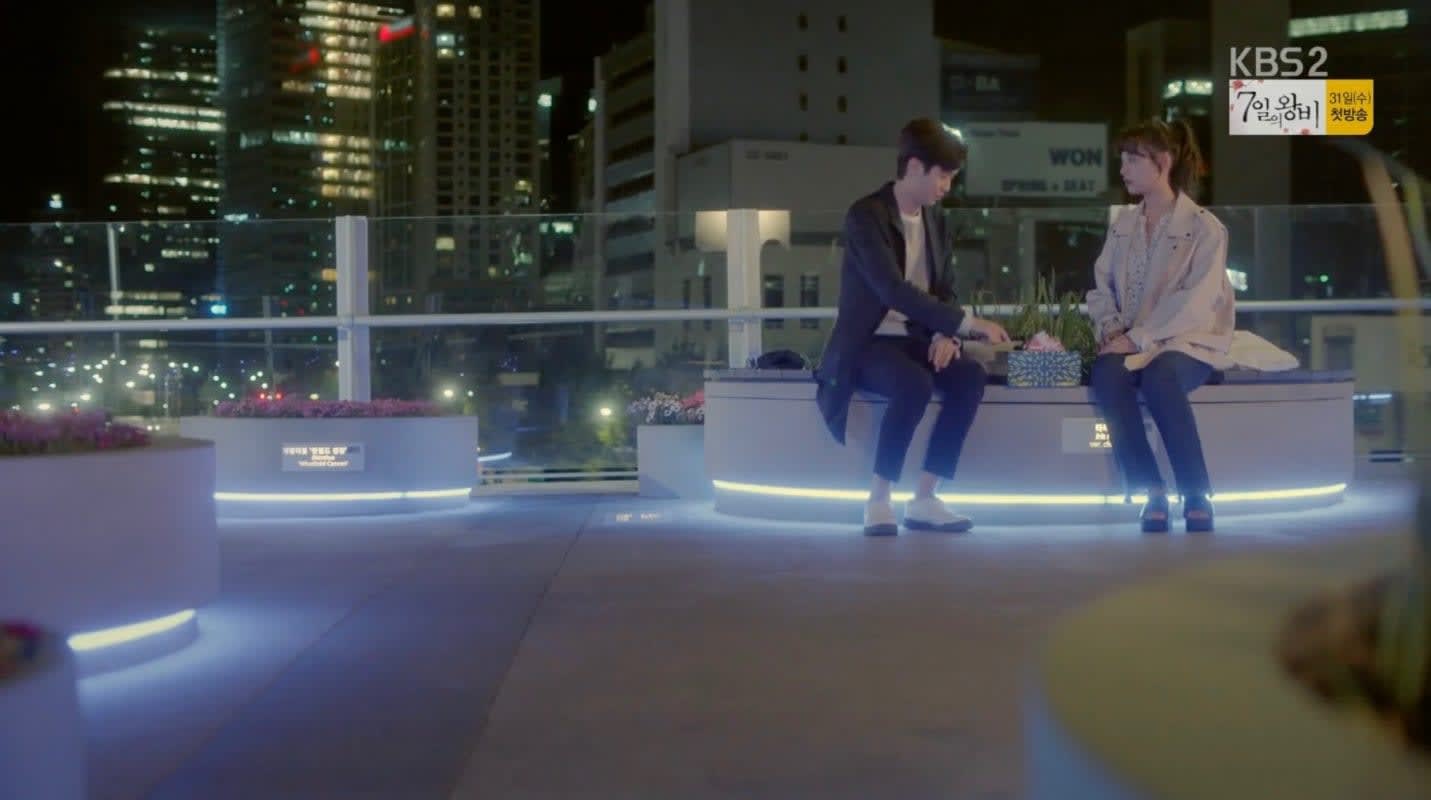 Source: Fight For My Way, KBS

What used to be a highway had been transformed into a park, with Seoullo 7017 having its fair share of drama features! In Fight For My Way, Moo Bin gifts Ae Ra a pair of sneakers in the park, asking her to be Cinderella and try them on.

Located in the heart of Seoul, Seoullo 7017 Skygarden is split into 17 different sections. You can even sign up for guided tours of the park to learn more about its interesting history. If you’re near Seoul Station, make sure you check out this unique park.

How to get there: Take the subway to Seoul Station and look for exit 2. Turn right upon leaving right and after about 130m,  you’ll spot the park.

For those looking for a longer walk, take the subway to Hoeheyon Station and leave via Exit 5. The walk will take you towards Seoul Station. 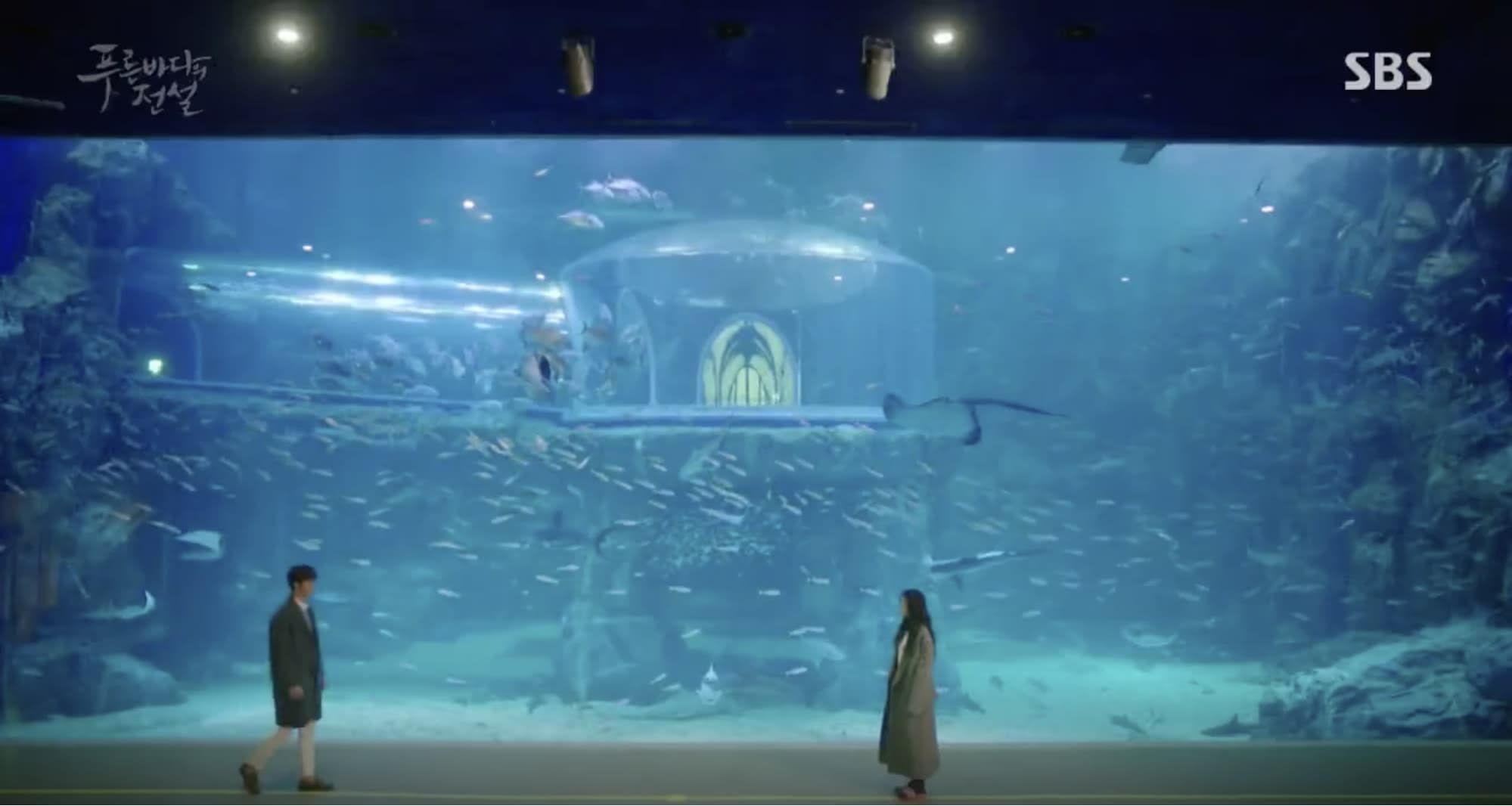 If the scene where Joon Jae and Shim Cheong reunite made your heart melt, this Legend of the Blue Sea set is the perfect place to relive the show’s romance. Multiple scenes were filmed at the aquarium, but this reunion scene was filmed in front of the Ocean’s Life main aquarium.

The aquarium features over 280 species over 4 floors, and is said to be the second largest aquarium in Seoul. While you’re there, don’t forget to check out their special mermaid performances!

How to get there: Take a train from Yongsan Station to Yeosu Expo Station. Look for Bus Stop L and take Bus 2, alighting 5 stops later. 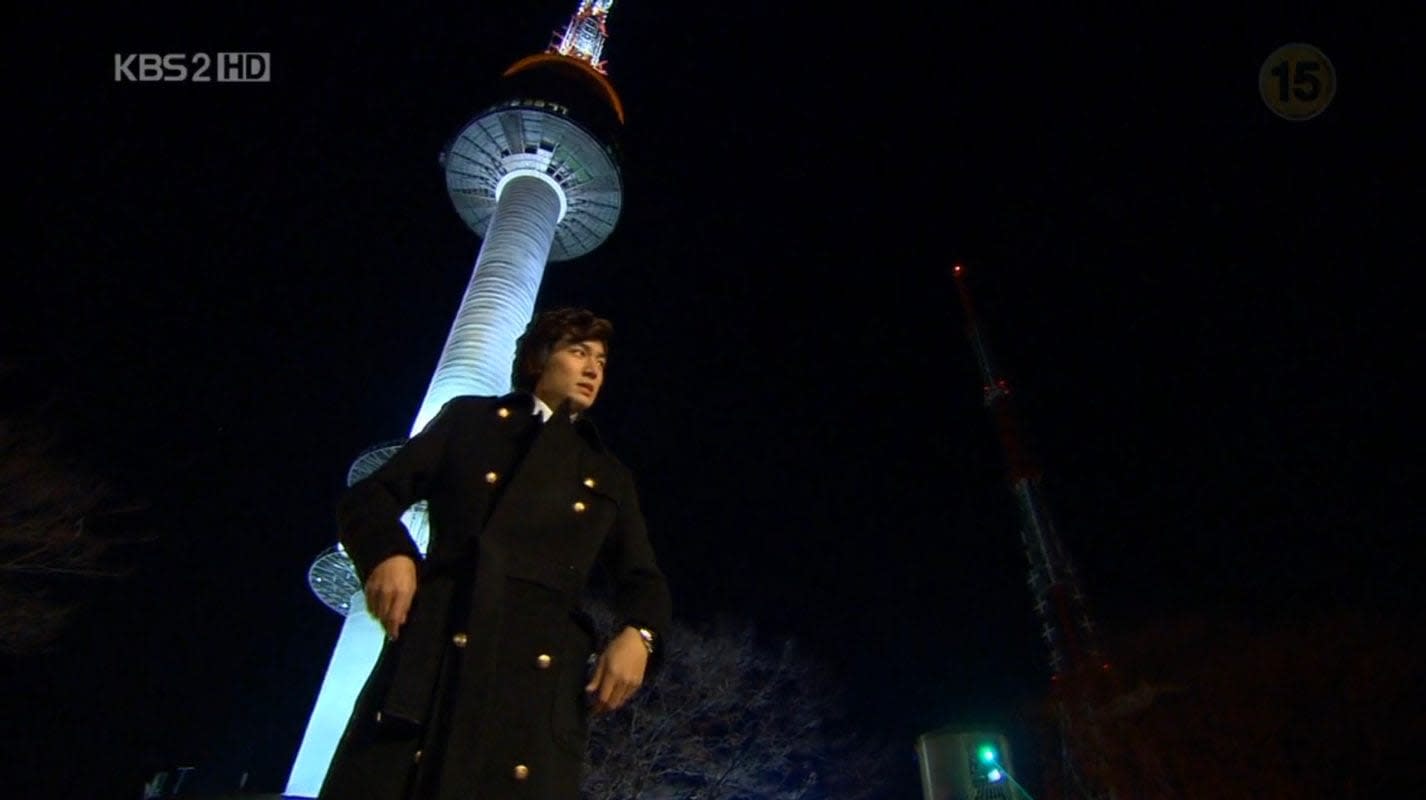 As one of the most iconic landmarks in Seoul, it’s no surprise that the cult favourite drama Boys Over Flowers was filmed at Namsan Tower! The tower is where Jun pyo and Jan Di were supposed to have their romantic date.

Famous for its gorgeous views of Seoul, it’s a popular date spot for couples. Who knows, you might even meet your own Jun Pyo while enjoying the view.

How to get there: The easiest way to get up the mountain is via the Namsan Shuttle bus, which you can find at Myeongdong Station. If you’re up for a more scenic route, opt for a cable car ride up instead!

Pro Tip: Avoid the crowd by planning a trip down in the morning, as the crowd starts picking up in the afternoon. 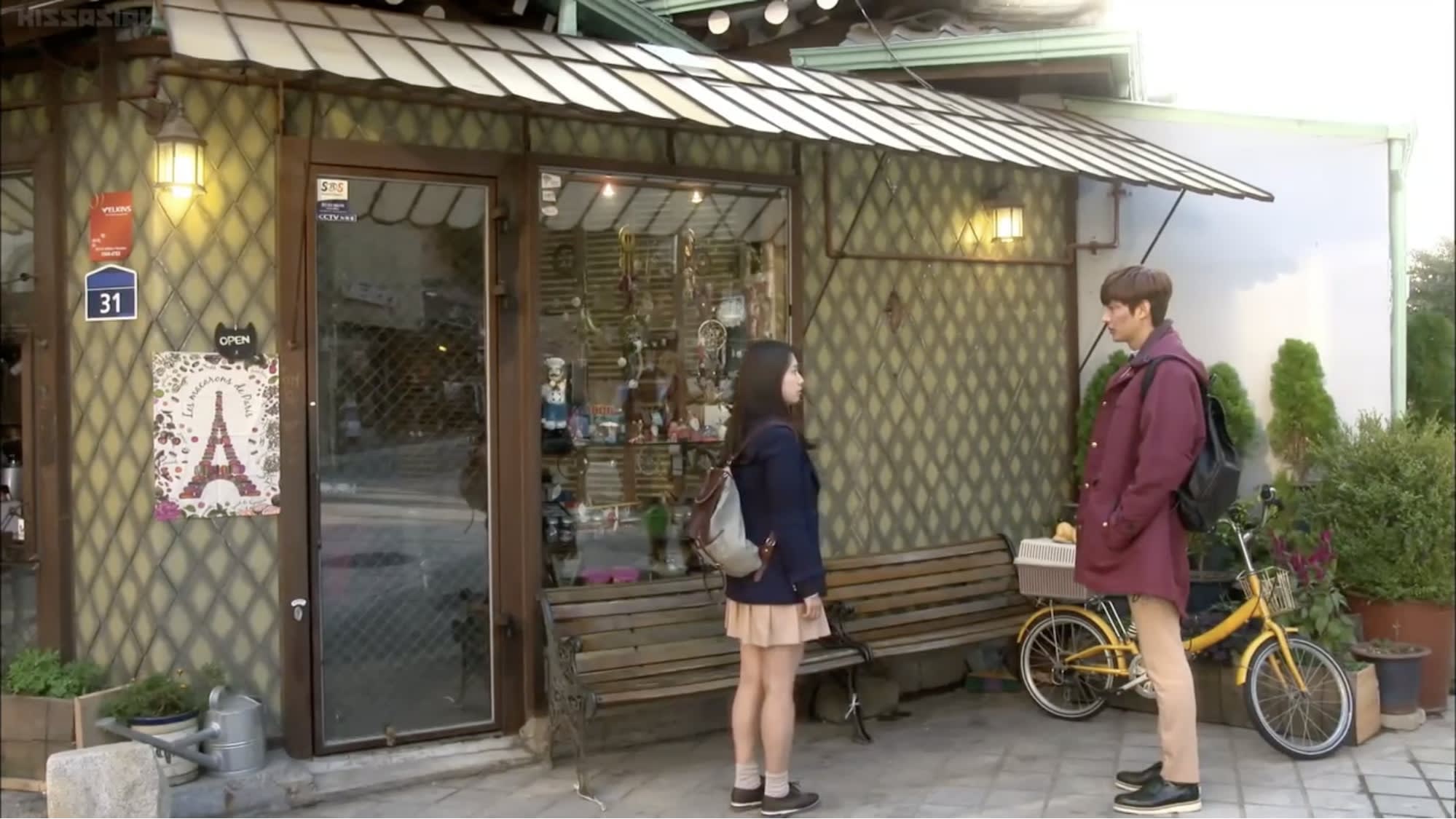 A tiny traditional village in the heart of a bustling city, Bukchon Hanok Village dates back all the way to the Joseon Dynasty. In The Heirs, Eun Sang meets Kim Tan outside a dreamcatcher shop found in the village, but did you know the actual store sells egg tarts?

The village is a popular tourist place for those wanting to experience traditional Korean culture. A walking tour is also available for thise keen to find out more, but remember to be quiet so as not to disturb the residents!

How to get there: Take a subway to Anguk Station and look for Exit 2. After exiting, head straight and you’ll spot these traditional Korean houses. 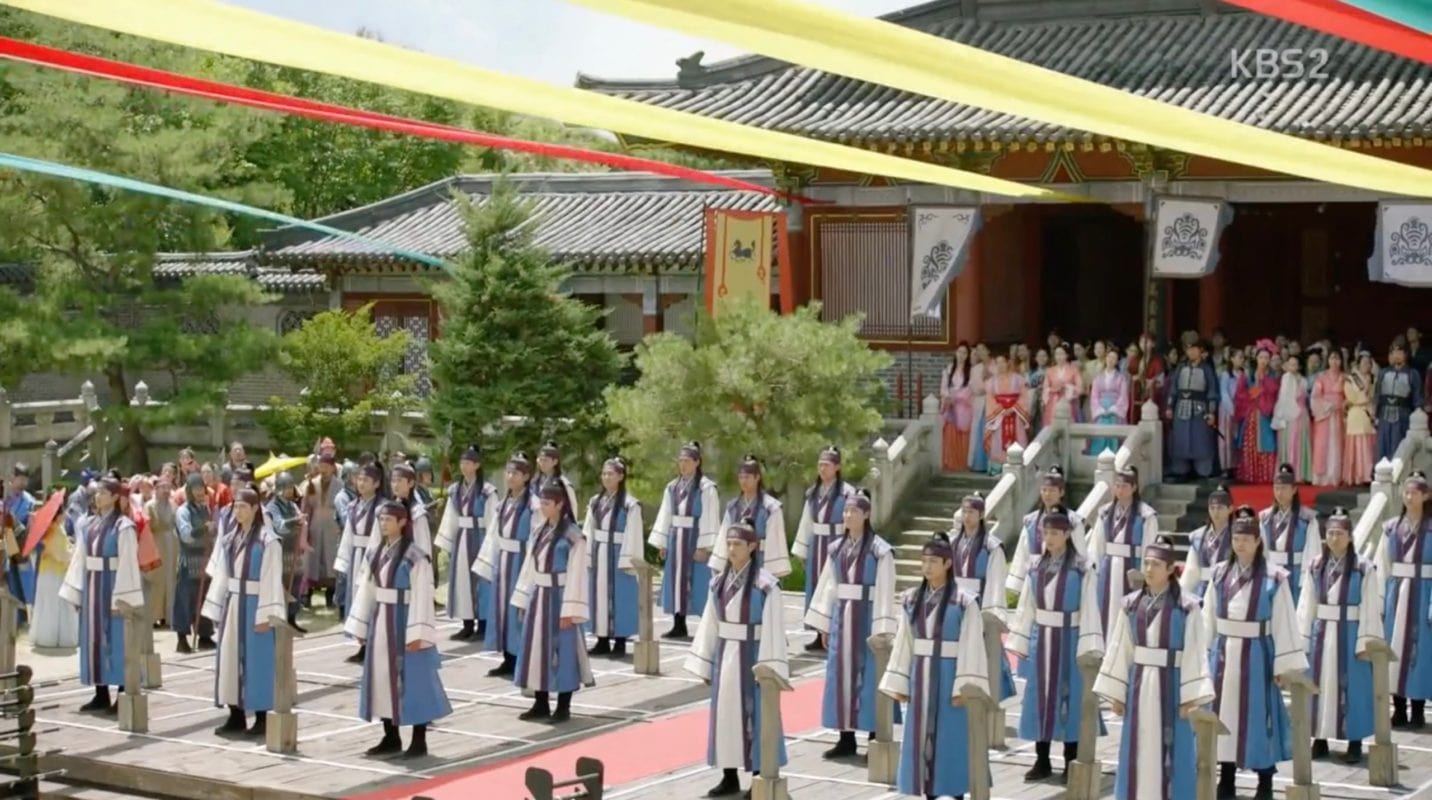 Boasting what might be the most star-studded cast, Hwarang: The Beginning told the story of Hwarang warriors during the Shilla period. Being a period drama, most of the show was filmed at traditional heritage sites. Shila Millenium Park serves as set for Hwarang’s training ground int he show.

Shilla Millenium Park is also home to dramas such as Queen Seondeok as well as Boys Over Flowers. The park allows visitors a peek into the life during the Shilla period, complete with architecture unique to the era. 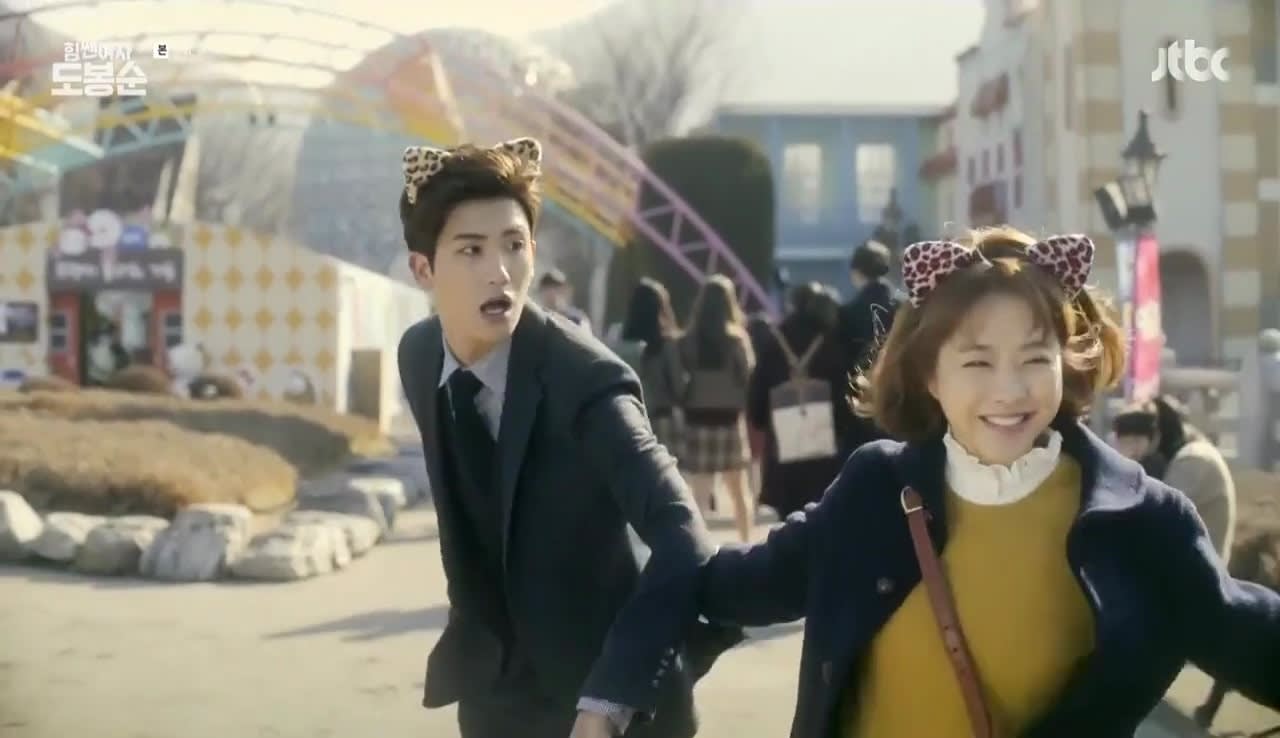 No Korean drama is complete without an adorable theme park date that makes us wish we had an oppa too. If Bong Soon and Min Hyuk’s date in Strong Woman Do Bong Soon seemed like the perfect date, don’t forget to stop by Seoul Land with your significant other!

The park features over 40 rides and many prefer this to bigger parks such as Everland because of shorter queues. Don’t forget to Klook your tickers for a smoother visit!

How to get there: Take the subway to Seoul Grand Station and leave via Exit 2.

Your Korean drama pilgrimage isn’t complete without stopping at one of Goblin’s filming sites. One of the most iconic scenes from the show is when Eun Tak first summons Kim Shin to the beach on her birthday. Since then, fans have been flocking to the breakwater to recreate that moment.

Jumunjin Beach is home to more than 5 breakwaters, so make sure you find the right one! if you’re not sure which one it is, look out for the huge TV signboard. Rumour has it vendors on site have red scarves and buckwheat flower bouquets available for rent for those who wish to recreate the scene perfectly.

How to get there: Take a KTX train to Gangneung Station. From there, buses 300 or 302 will take you to Jumunjin Beach.

12. Something In The Rain – Olivia Garden 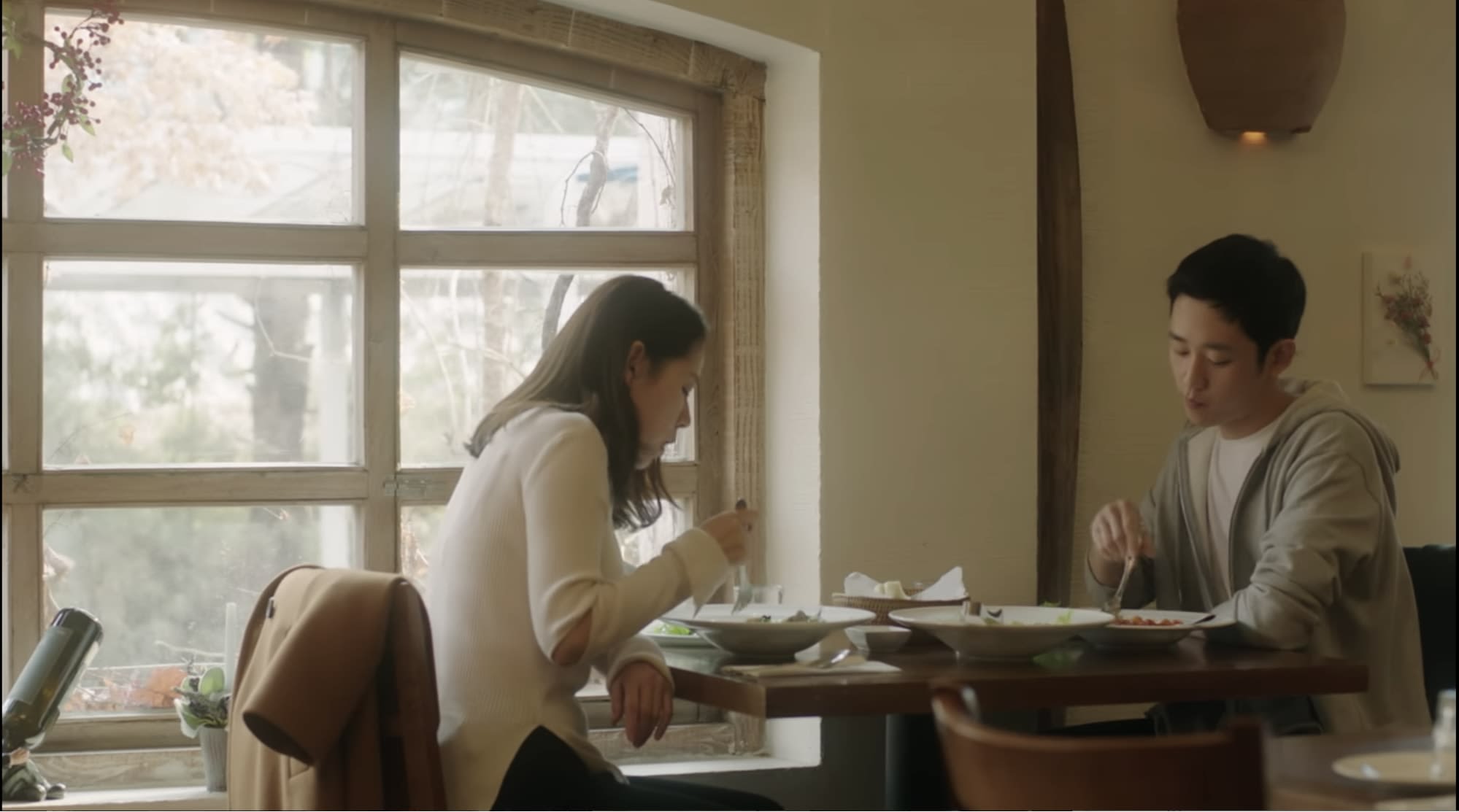 Source: Something In The Rain, Netflix

If you’re a fan of Jin Ah and Joon Hee’s romance in Something In The Rain, then Olivia Garden is a familiar restaurant! The two often meet for lunch, and this is where they had their first lunch date!

Known for its delicious Italian food, Olivia Garden also boasts a beautiful interior. Fans can even choose to sit at the very table Jin Ah and Joon Hee sat at on their first date.

How to get there: Take the subway to Gyeongbokgung Station and look for Exit 3. Walk straight for about 5 minutes and you’ll see the restaurant on your right.

A common location in many dramas, Lotte Duty Free can be seen in the current web series Secret Queen Makers. Following the story of a girl one her makeover journey, most of the show was filmed at Lotte. The web series also boasts a star-studded cast including Super Junior’s Lee Teuk and EXO’s Sehun! 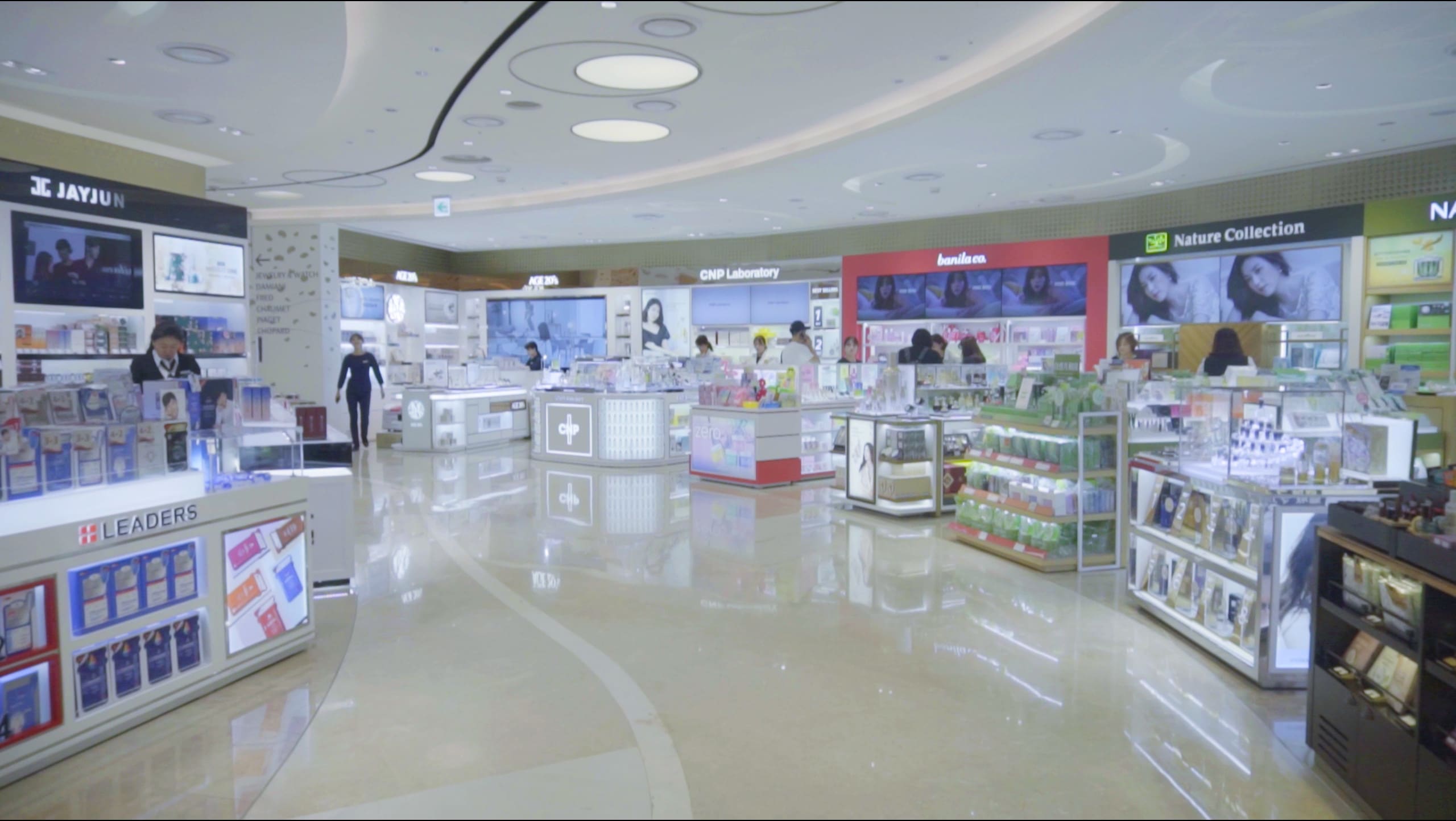 How to get there: Take the subway to Euljiro 1-ga Station and look for Exit 7 or 8. After walking straight for about 50m, you’ll see Lotte Duty Free on your right.

Start prepping for your pilgrimage

Now that you’ve got a list of drama locations ready, don’t forget to Klook your travel essentials for your big pilgrimage!

Next post Airbnb Japan Cancellations And What You Need To Know

Previous post Get Your #Shoppinghaul Cheap At IMM Singapore! 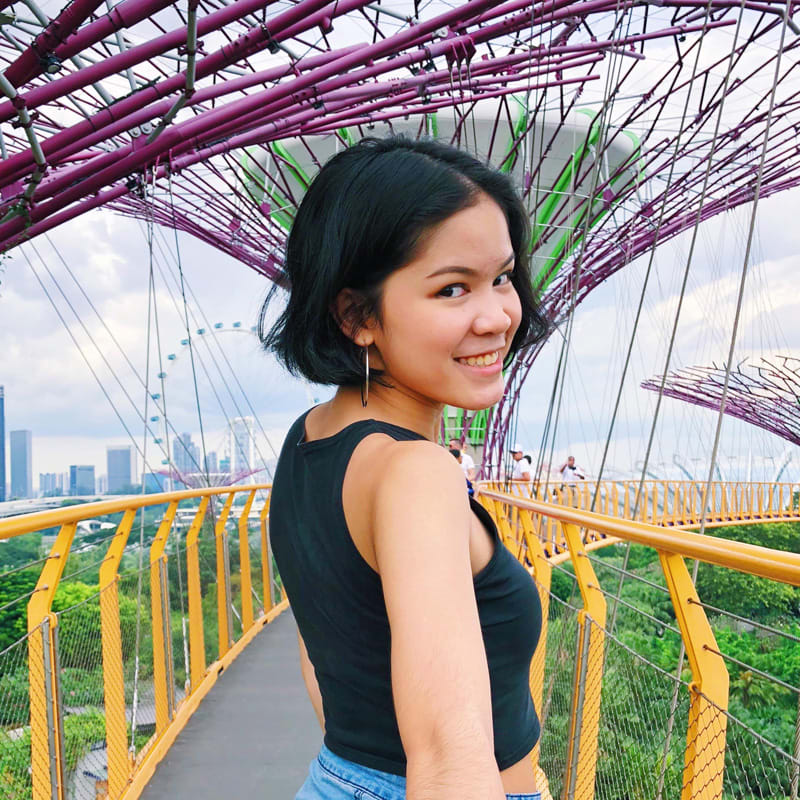 About the Author Hannah Marie Isabella