One of the earliest Tea Houses in Hong Kong- “Lucky Chaju” (吉祥茶居) at the left of Chinese Street, Hong Kong in 1915

Dim Sum is undoubtedly an iconic symbol of Hong Kong. It is always ranked as one of the top few items in the travellers’ list of things-to-do in Hong Kong. Yet, have you ever thought of where it comes from?

Dim Sum in Hong Kong originates from Guangzhou. In the 30s, the rapid development fostered all kinds of exchanges within Hong Kong, Macau and Guangzhou. People travel often within these regions by boat, and they had a practice of enjoying Dim Sum before or after every voyage. Therefore, places that serve Dim Sum in the early times were usually near the pier and opened in the morning to fill travellers’ craving tummies.

Throughout the years, Yum Cha (飲茶) Culture in Hong Kong keeps transforming to suit the needs of different generations. Yet, it still remained as one of the all-time favourites of the Cantonese people. From Spring to Winter, Day till Night, Hong Kong people is never bored of Dim Sum.

Secret Hiding Place: Where to get Dim Sum? 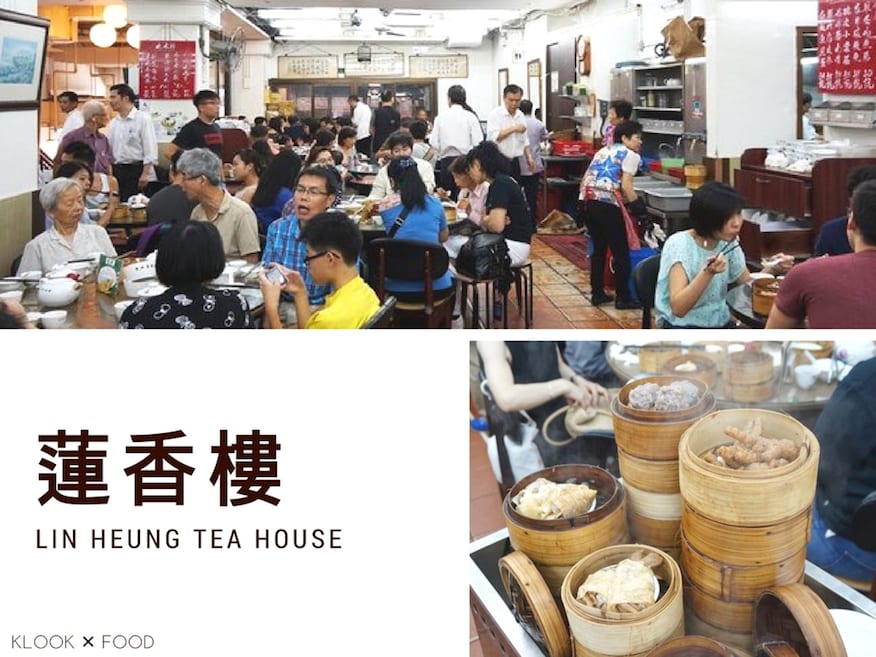 Lin Heung Tea House, established in 1926, is one of the oldest tea houses in Hong Kong. Over the decades, Lin Heung has strived her best to keep traditional food recipes. Though moved to a new location 20 years ago, from the bird cages hanged at the ceilings to the wall decorated with Chinese calligraphy, every corner of Lin Heung still emanates the smell of ordinary life in old Hong Kong. Shuttling back and forth between the trollies carrying Dim Sum , it is almost like a war fight for food. There are no labels in front of the trollies, so you could only either gaze at what others got from the trolley or do a random guess. Dining at Lin Heung is always fun because you never know what you get until the moment you have had the first bite. 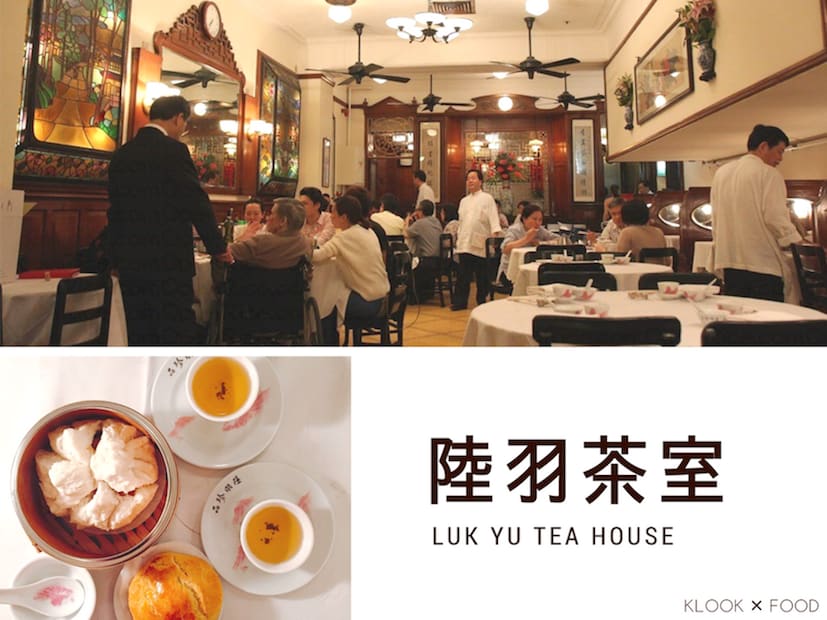 Luk Yu Tea House, established its first branch in 1933 on Wing Kut Street, is also one of the oldest tea houses remained in service in Hong Kong. Moved to her current location in the 70s, Luk Yu has three floors, each decorated elegantly with traditional Chinese wood chairs, calligraphy, and painting. Her chic design and delicate Dim Sum has gained support from people of high social status, even the richest man in Hong Kong – Mr. Li Ka Shing, is her frequent visitor. Yum Cha in Luk Yu is definitely a luxury. 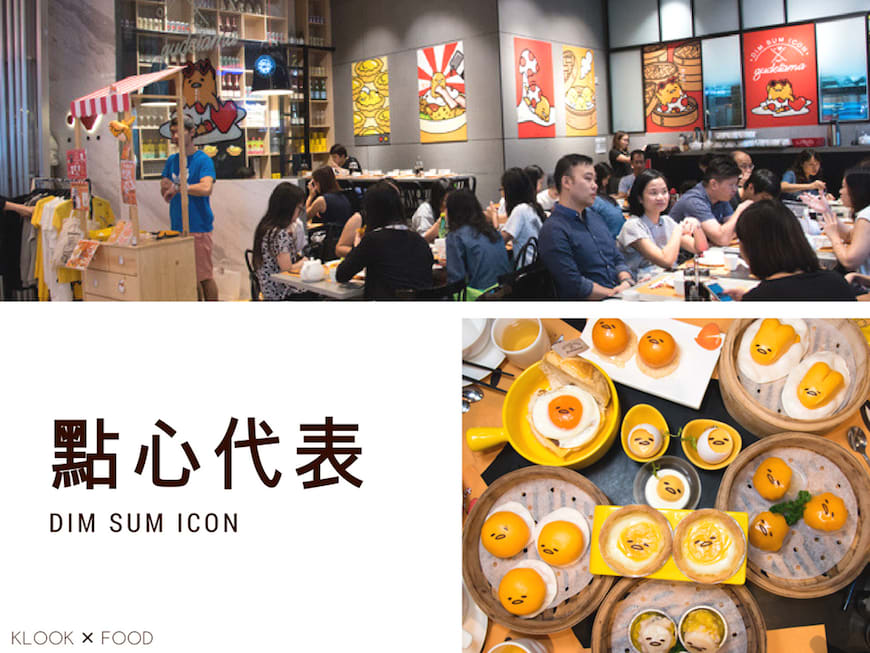 Dim Sum Icon, is a trendy restaurant that serves cartoon-themed Dim Sum. From time to time, Dim Sum Icon would crossover their Dim Sum with different cartoon icons, mostly from Japan, such as Kobito Dukan, Gudetama and Little Twin-Stars. The restaurant has brought a ground-breaking Yum Cha experience to Hong Kong. It turned Yum Cha from a social activity for the elderlies, to a fancy thing to do among youngsters, where you are encouraged to poke holes on the cartoon Dim Sum and squeeze the Dim Sum to make them vomit or poo. Yet, be a responsible diner, do not forget you have finish the food after you made fun of them! 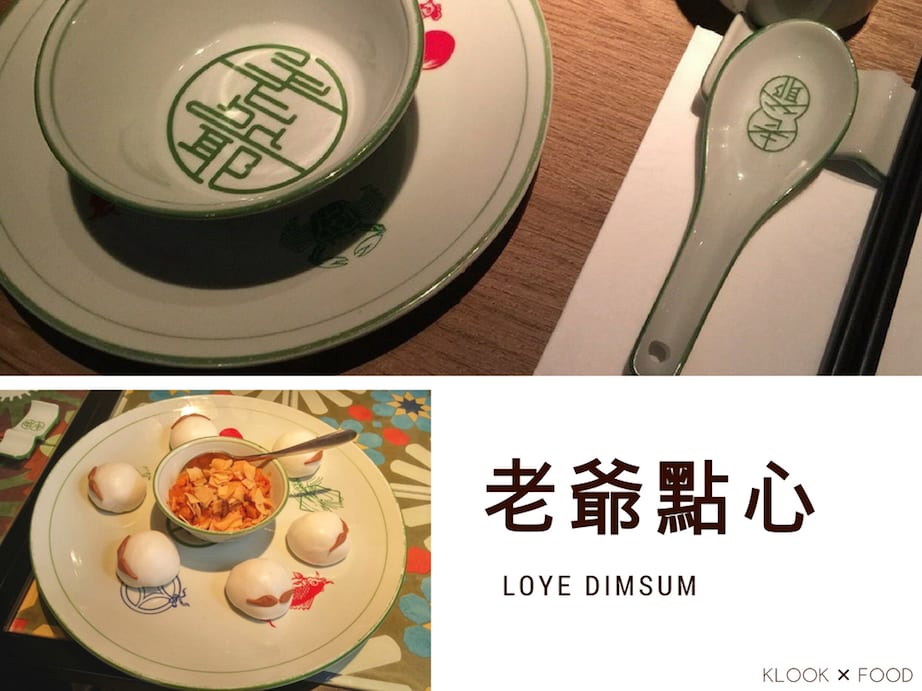 LoYe Dim Sum, is an avant-garde dim sum restaurant that serves funky edible Dim Sum. LoYe DimSum tries to give Dim Sum a modern definition, by changing their classic outlooks into cute animal-like or plant-like shapes, and also modifying traditional ingredients with something new. In LoYe, you can enjoy Dim Sum with Milk Tea, Wine, or even Ginger Beer, breeding a new style of mix-and-match dining culture. 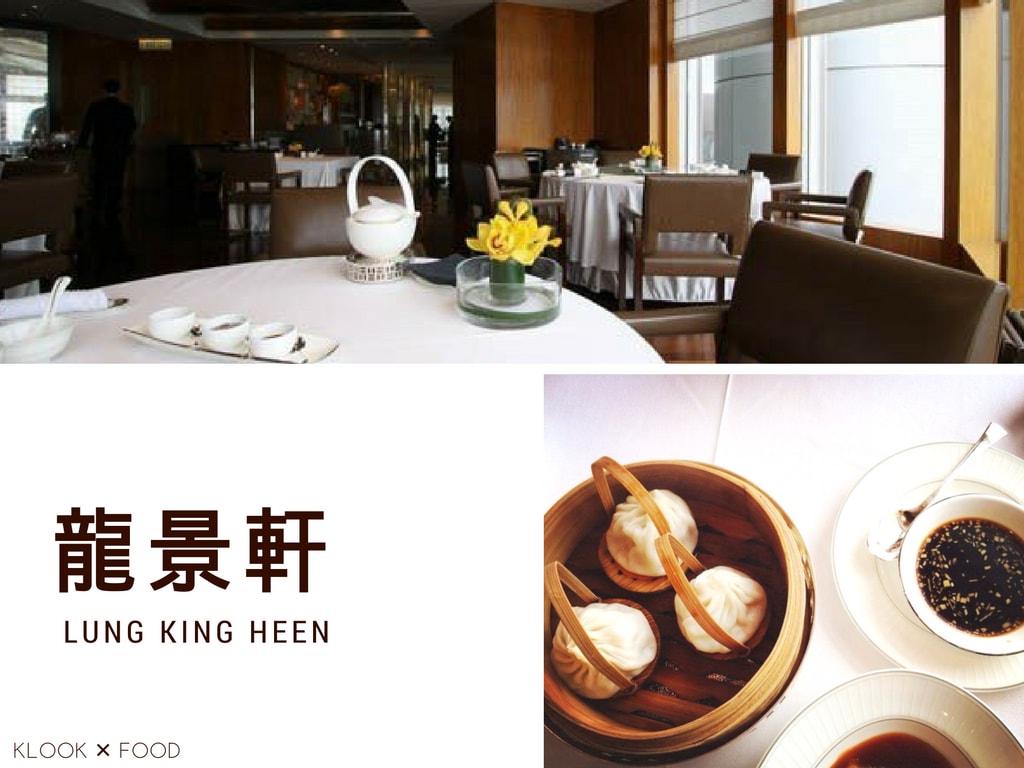 Lung King Heen is the only Chinese Restaurant in Hong Kong that has received three Michelin stars. With a group of regionally renowned chefs, Lung King Heen turns the freshest local ingredients into luxurious contemporary Cantonese Dim Sum. Situated in Four Seasons Hotel, the restaurant combines the deluxe dining experience with spectacular harbour views, customers can enjoy Hong Kong’s glittering skyline and harbour lights from its fourth-floor location, enjoying the best food and best view in all at once. 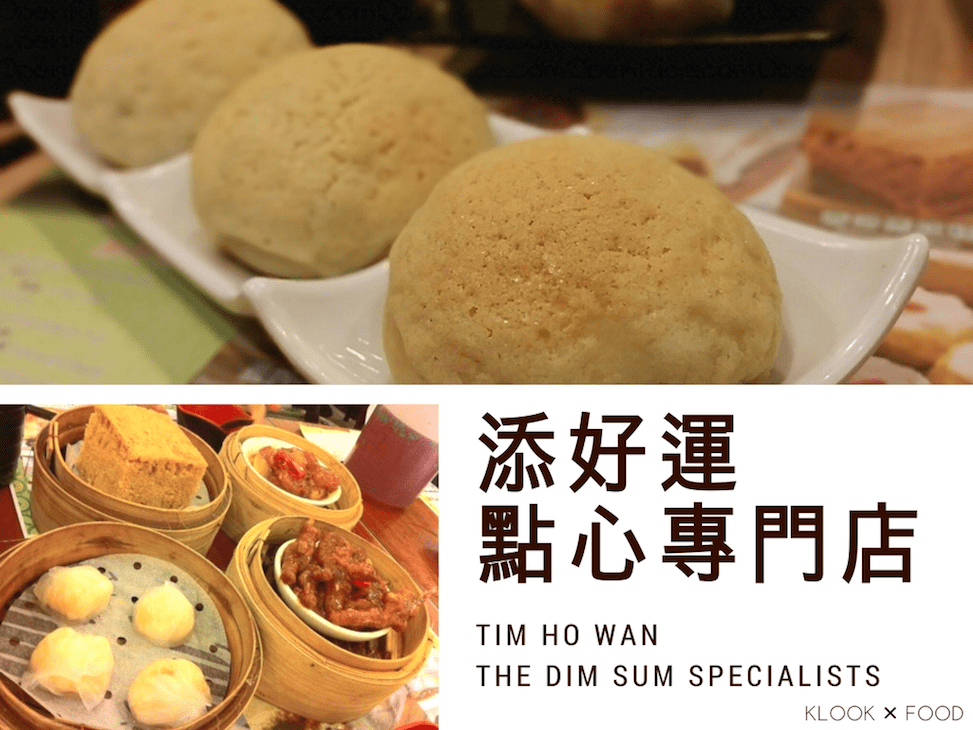 Tim Ho Wan, the Dim Sum Specialists (Tim Ho Wan) is a Michelin one-star Chinese restaurant, and it is also known as the world’s affordable Michelin Restaurant. Earning its first Michelin star, Tim Ho Wan now expands to 9 South-east Asian countries and has 39 branches. Her founding chefs, Mr. Mak Kwai Pui and Mr. Leung Fai Keung, both worked at Lung King Heen. Leaving one of the most prestigious dining places in Hong Kong, they founded Tim Ho Wan as a move to bring these superb tasty Dim Sum at affordable prices, making Yum Cha a culture for all.

Struggling with the pronunciation of Dim Sum? Check out the list below! 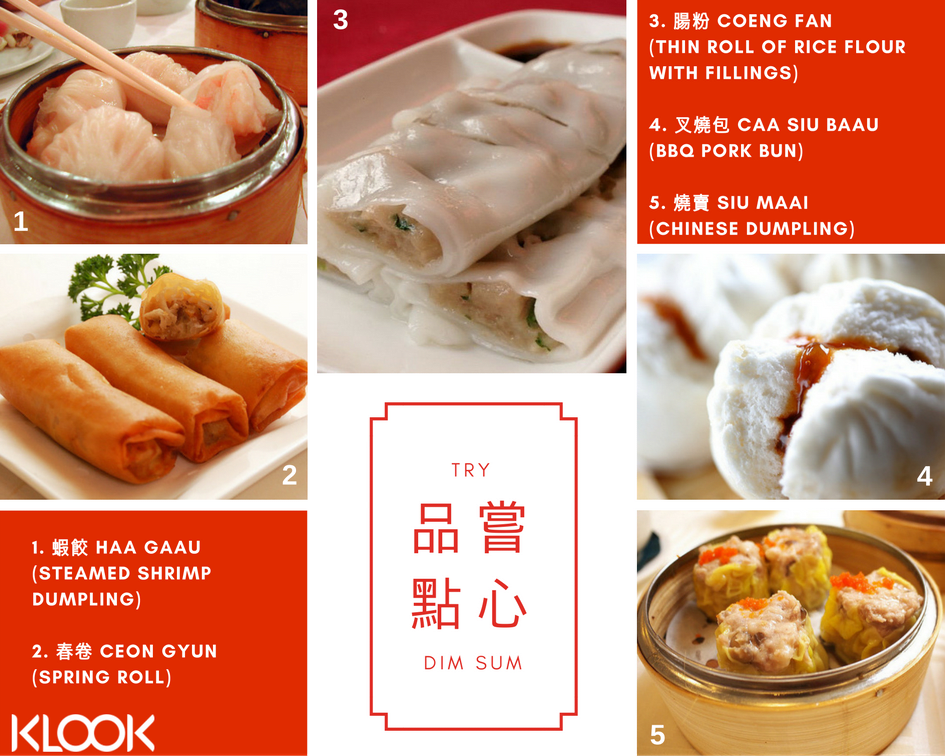 Trying out different kinds of Dim Sum is not enough to truly unlock the secret of Dim Sum. To know Dim Sum from top to bottom, learn how to make them yourself!

Have you seen diners tapping three fingers on the table when someone pours tea for them? This ritual is to express gratitude to the person who poured tea for you. It is originated in Qing dynasty (1644-1911), where an emperor who liked to travel the land disguised as a commoner. One day, he travelled to a teahouse with his officials and took his turn to pour tea. His officials could not accept this honour without kowtowing, because this would reveal the emperor’s identity. Therefore, they tapped three fingers on the table to replace kowtow, one representing the bowed head and the other two representing their bent arms.

After decades, Dim Sum still remained a top hit food in Asia not only because of its delicacy, uniqueness, and innovativeness. Its nature of being a shared food also made Yum Cha a perfect occasion for people to strengthen family bonds or social networking. Keeping its traditions and developing new variants at the same time, we could foresee Dim Sum continue to reign in Asian cuisine or even expand its influence to the entire world, making it the favourite food of all.

Hiking in Hong Kong – Part I : With Kids
Here comes the best season to go hiking in Hong Kong. Check out the hiking trail that best suits your family and get ready for an awesome hiking journey!

A Guide to Your First Couple’s Holiday in Hong Kong
A few tips for dealing with common problems that first-timers face, and some itinerary ideas to get the most out of your time away together.
Summary
Ask Klook
About Us
Careers
TERMS OF USE
Help
© 2014-2020 Klook Travel Technology Limited. All Rights Reserved.
HK Travel Agent Licence: 354005.
SG Travel Agent Licence: 02851.
TW Travel Agent License: 甲 03950.