How To Get To Good Vibes Festival Malaysia In Genting 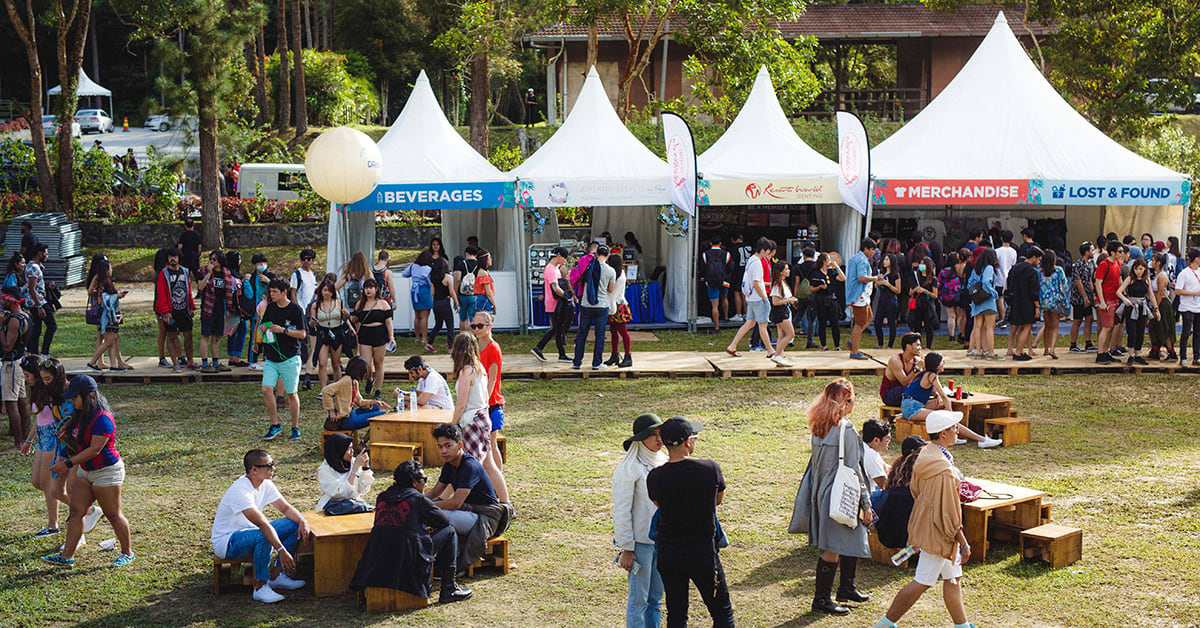 Held in an unconventional festival venue outside of KL, a common complaint is that it’s very difficult to get to. If you’re already scratching your head on how you can get to Good Vibes Festival, check out the transport guide below to figure out the best way for you to get there.

Where is Good Vibes Festival exactly? 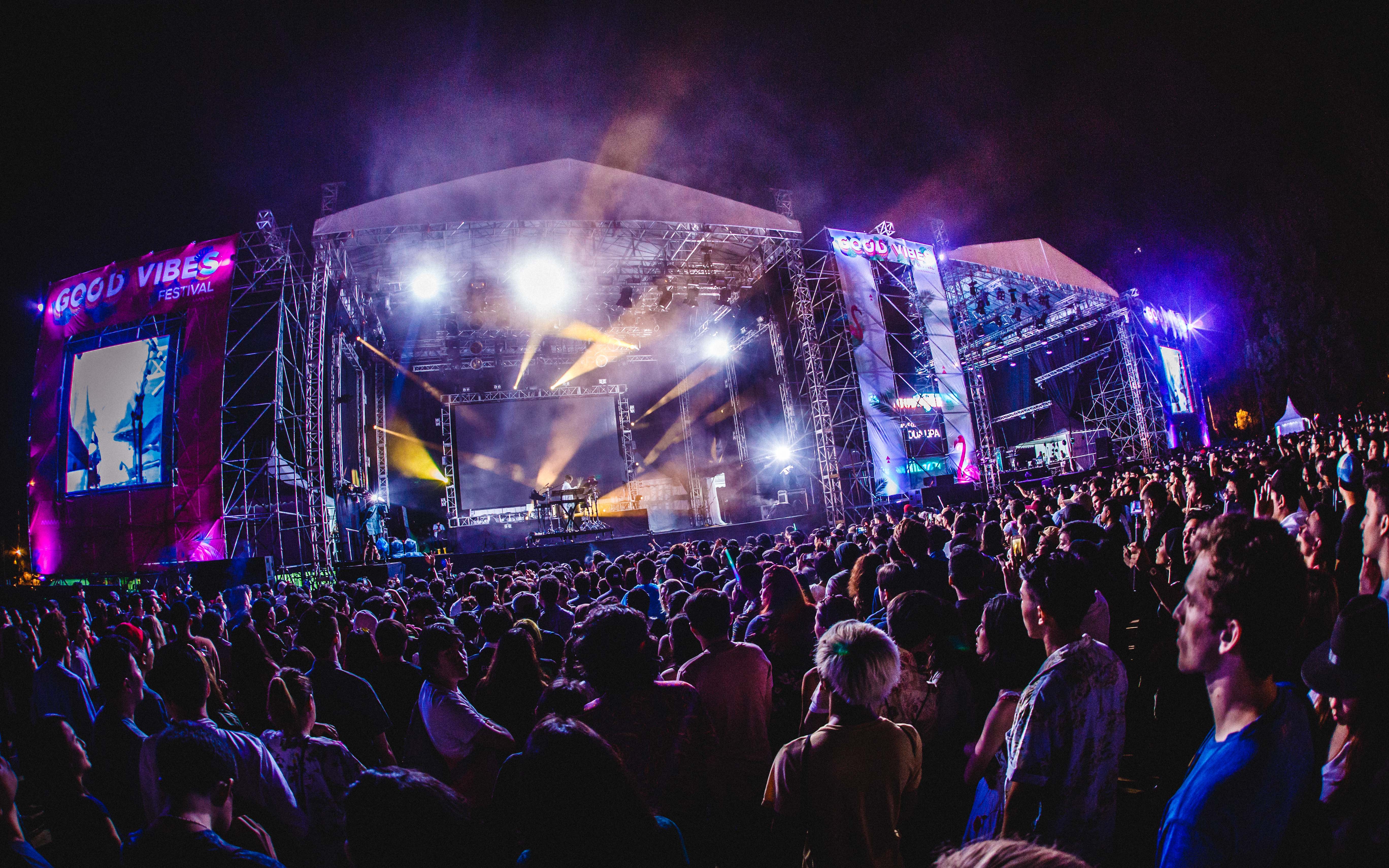 Good Vibes Festival is held at The Ranch at Gohtong Jaya in Genting Highlands which is not the easiest to get to. The festival ground can be found next to the old bus and lower cable car terminal of Genting Skyway along the stretch of Jalan Batang Kali.

The festival is located in the lower part of Genting Highlands, and NOT to be confused with the Resorts World Genting area where it’s most associated with the casinos and theme park. To find it on the map, simply enter ‘Good Vibes Festival’ on Waze or Google Maps.

– Getting to Good Vibes Festival –

Whether you’re planning a trip to Genting for the festival from KL or outside of the city, here are the different ways you can get there. Despite the cool weather at Genting, you might lose your cool figuring out a way there as it may not be the most straightforward if you’re unfamiliar with the area.

However, with these few options, you should be able to get to the festival without a worry! 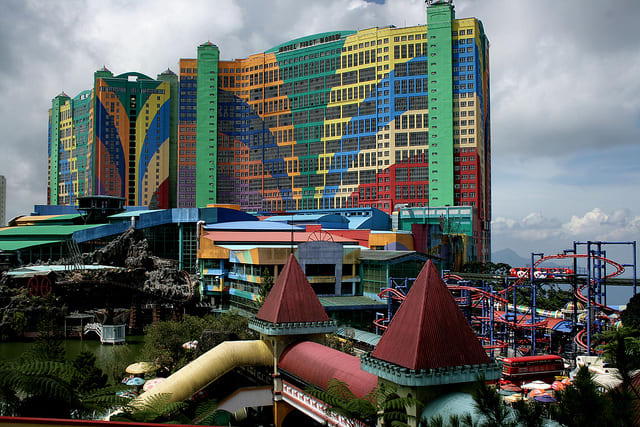 Since Good Vibes Festival is a weekend affair, many festival-goers like to spend a night or two in Resorts World Genting. There are complimentary Genting Skyway cable car trips to and from the festival grounds for all festival ticket holders! Just flash your wristband or ticket to get on the cable car.

If you’re not staying at a hotel where Genting Skyway is easily accessible, you can get to the festival grounds by calling a taxi or using a ride-hailing app. 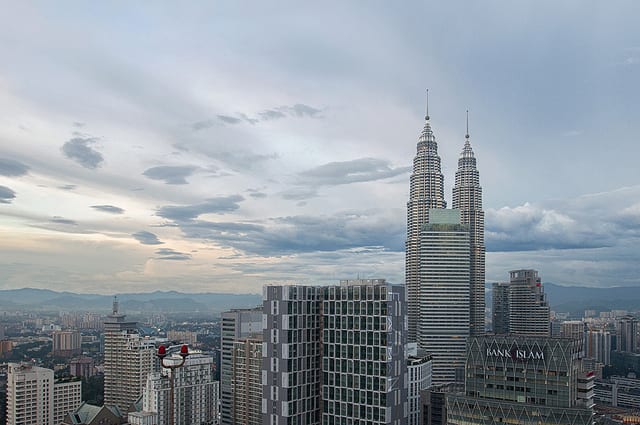 For those in Klang Valley, there are several options to get to the festival grounds: 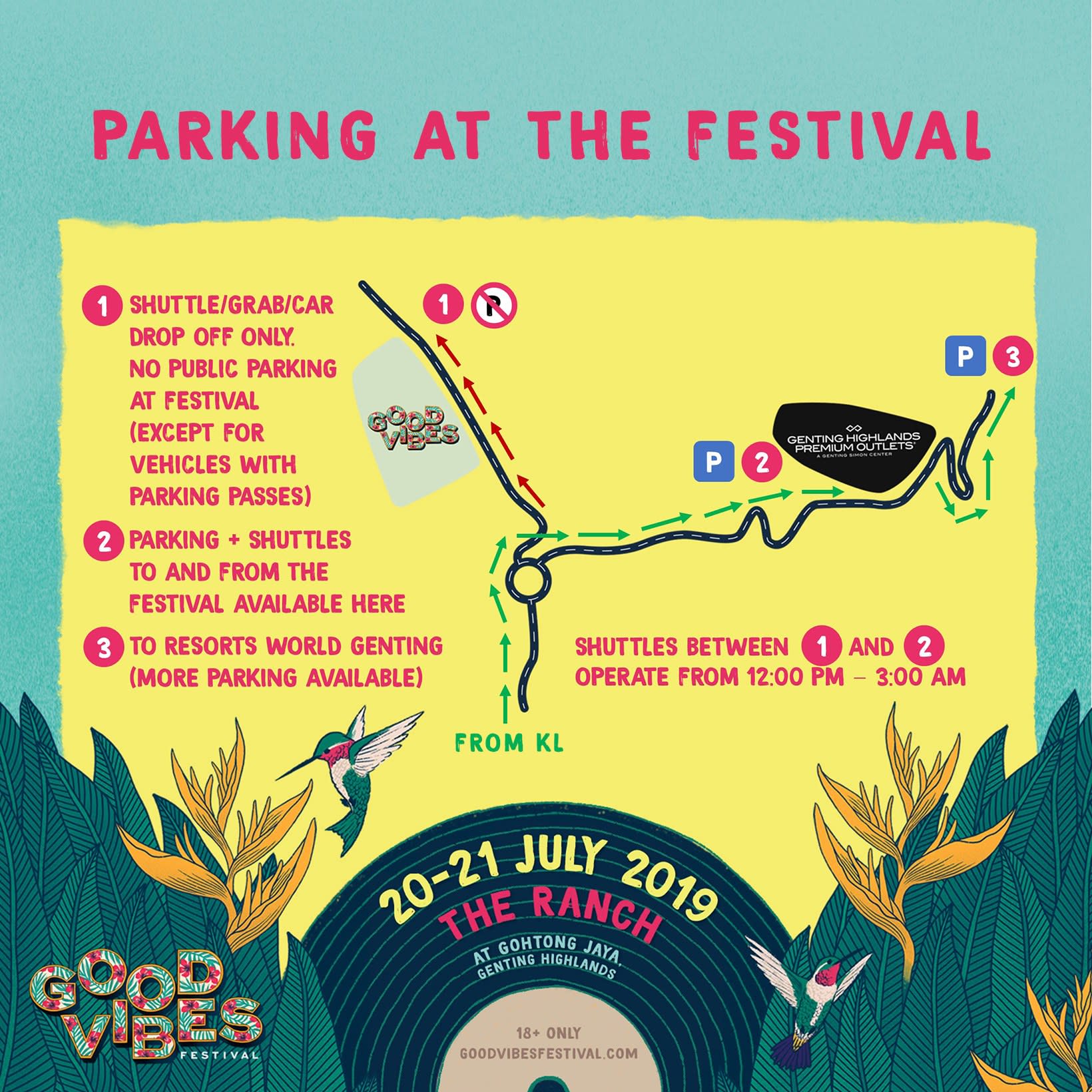 The most accessible route would be through the Karak Highway at the end of MRR2 in Ampang/Gombak. It takes approximately an hour to get directly to the festival grounds. For navigation, simply enter “Good Vibes Festival” into your Waze or Google Maps.

As for parking, there is a designated parking area a short walking distance from the festival area. Do keep in mind that it can get filled pretty quickly, so get there early if you want to be guaranteed a spot.

UPDATE: As of 2019, public entry to the festival grounds (including the parking lot) via vehicles will be restricted. Only those with with parking passes are allowed to enter and only a very limited amount of parking passes will be sold by the Good Vibes organiser.

Where to park your car:
Festival-goers are advised to park at the Genting Highlands Premium Outlets (GPO) and take the free festival shuttle to and from festival grounds. GPO parking rates will apply. This shuttle will operate on both days continuously from 12pm to 3am.

Otherwise, the only parking you can find is around the Gohtong Jaya area or in the hotel compound, which are very limited. Hence, we highly recommend you ditch the car and opt for a shared or private transfer by Klook!

By Klook private car/van (From RM29/pax)

To avoid the hassle of driving and looking for parking, there are direct transfers to/from KL and Good Vibes Festival available. The private transfer service offers door-to-door pickup and drop-off for utmost convenience. Each private car fits 3 people while a private van can accommodate up to 7 people, so you and your squad can travel comfortably.

With the driver navigating, you can enjoy a smooth journey to the festival or hotel without a worry. You can also catch up on some R&R on the journey back after a tiring weekend at the festival. Look for the “[Festival Exclusive] KL City to/from Genting Highlands (One Way Private Transfer)” package.

There are daily buses departing from these locations in KL:

IMPORTANT: The last Go Genting bus from Genting heading down to KL is typically around 8pm to 11pm, so you won’t be able to stay till the end of the festival. Hence, you can should for the Klook special GVF coach with Good Vibes Festival pick-up at 1:30am (Day 1) and 12:30am (Day 2) which gives you ample time to enjoy the festival before heading back down to KL!

You can arrange for a taxi or call for a Grab / MyCar to head to the festival. Set your drop off location at ‘Good Vibes Festival’ to get straight to the festival.  Estimated cost per trip can be anywhere around RM120 – RM200 and above (depending on location and surcharge).

However, do note that certain drivers might be hesitant to travel to Genting and heading back after the festival might be tricky due to a shortage of drivers. Especially with the recent announcement of lesser Grab drivers as of 12th July 2019, relying on ride-hailing services may be unpredictable. 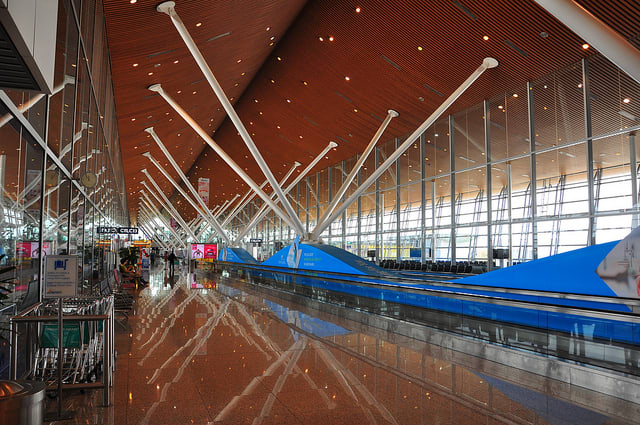 Alternatively, if you’d like to get to Genting directly from the airport, you can take the Aerobus with multiple daily trips. To skip the hassle of taking public transport, however, you can also reach Good Vibes Festival or Resorts World Genting directly from KLIA/KLIA2 by selecting the “[Festival Exclusive] KL Airport to/from Genting Highlands (One Way Private Transfer)” package.

Klook me an exclusive #GVF2019 transfer from KLIA/KLIA2 now

If you’re making a pitstop in KL first, you can take the KLIA Ekspres from the airport to KL Sentral. Alternatively, you can also opt for a private transfer which takes you to the doorstep of your desired location in KL.

From your location in KL, you can take a separate private transfer, bus, or taxi to Genting as mentioned above.

From outside of KL 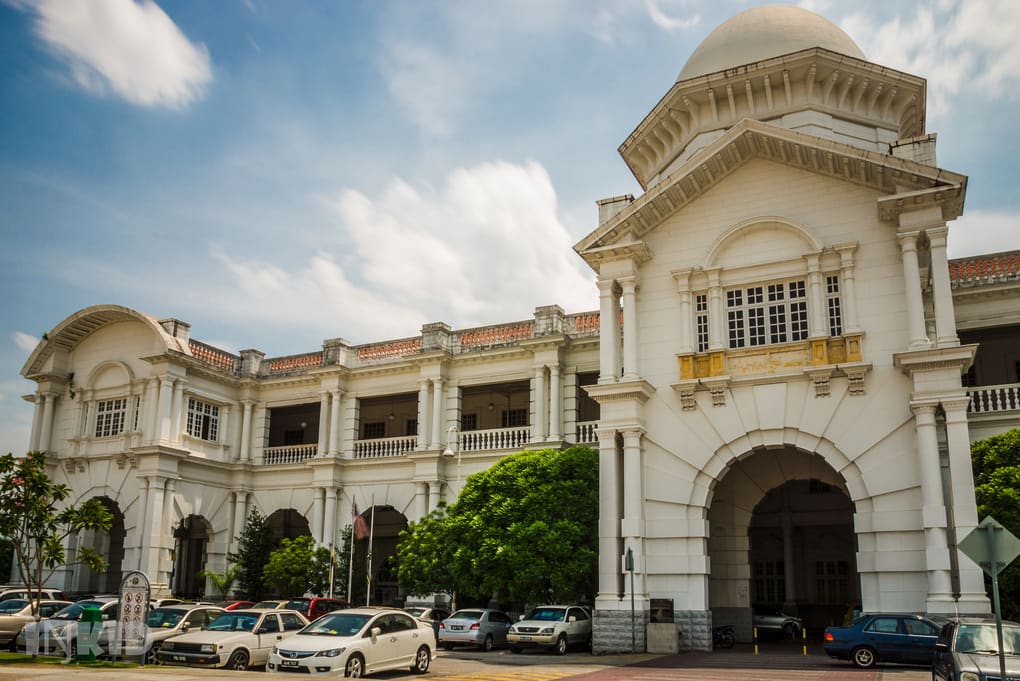 For the ones from other cities, there are several options to get to Good Vibes Festival or Resorts World Genting aside from driving:

There may not be direct buses to Genting from different cities but you can take a bus to KL first. From there, you can get to the festival grounds or hotel in Genting through the ‘From KL’ methods mentioned above.

The easiest way to get to Good Vibes Festival from outside of KL is to opt for a private intercity transfer which accommodates up to 7 pax. If you’re making a pitstop in KL first, you can select the relevant area outside of KL for your pick-up location and enter your desired location in KL. From KL, you can then get to the festival or Genting hotel by the options mentioned above. 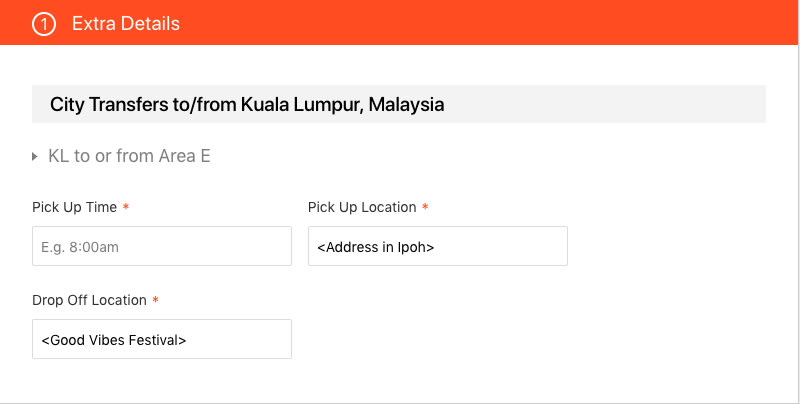 For example, if you’re from Ipoh and you would like to go to the festival directly, select “Area E”. Next, fill up the details for your pick-up and drop off!

Staying in Genting Highlands longer after the festival? 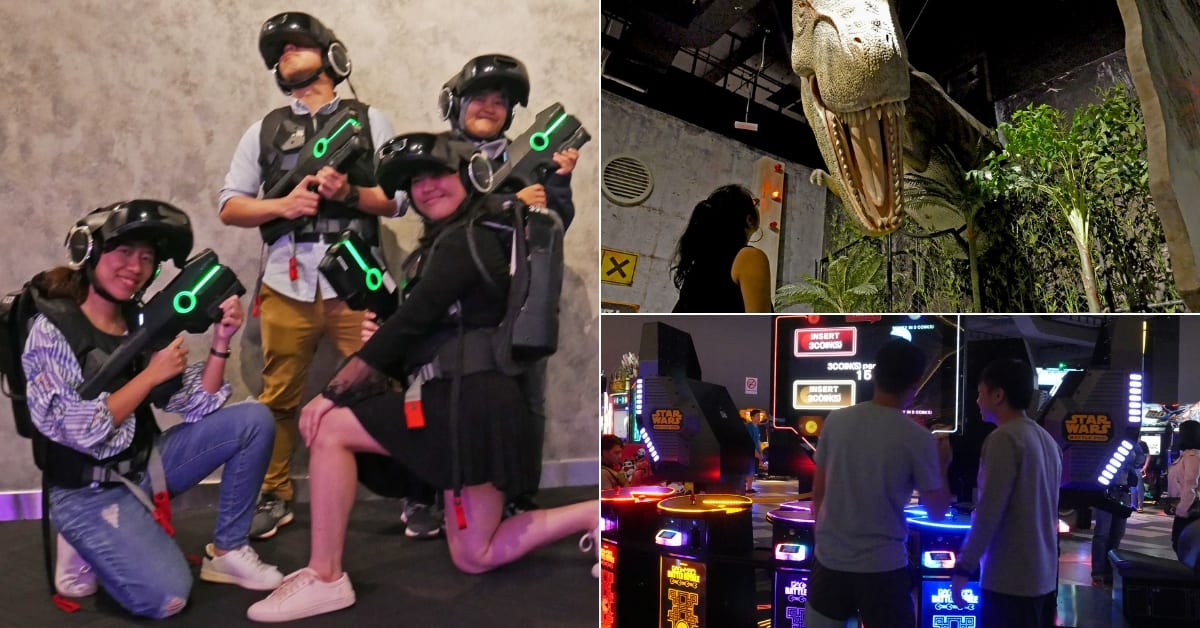 Klook me to Genting Highlands now!

Tags: Good Vibes FestivalGoodVibesFestGVF2018how to go to gentingwhat to do in genting 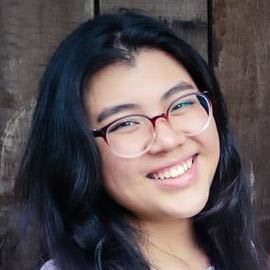 Gear Up For The VOID, The Fully Immersive VR Experience In Genting Highlands 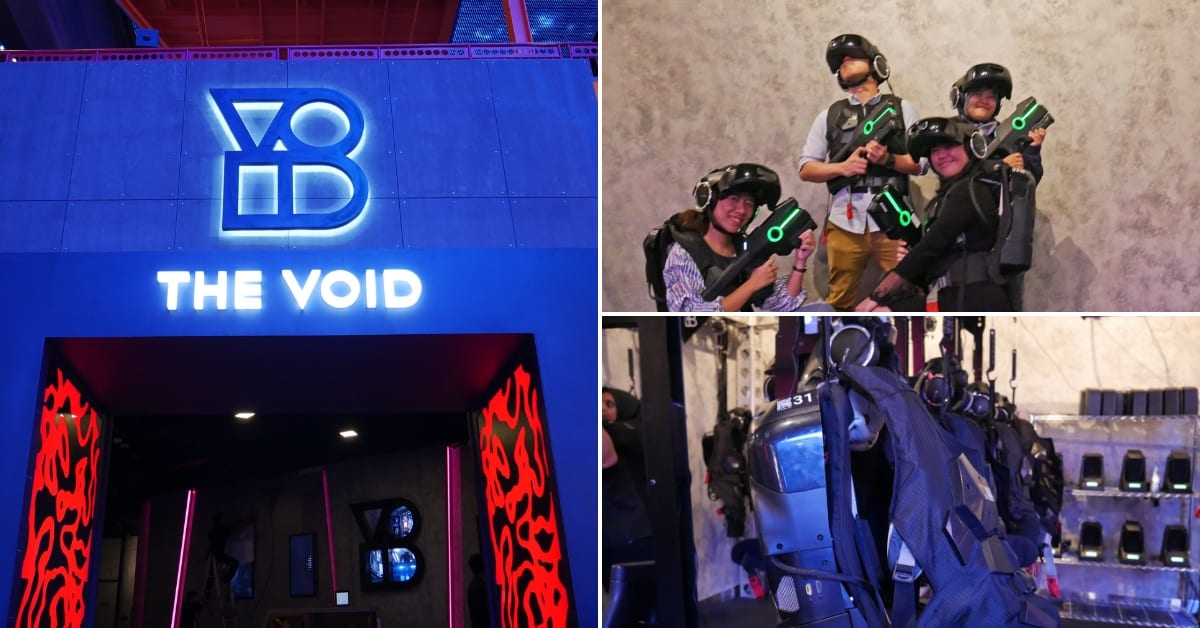 Gotta Catch ‘Em All At The First POKÉMON Festival Happening In Genting Highlands! 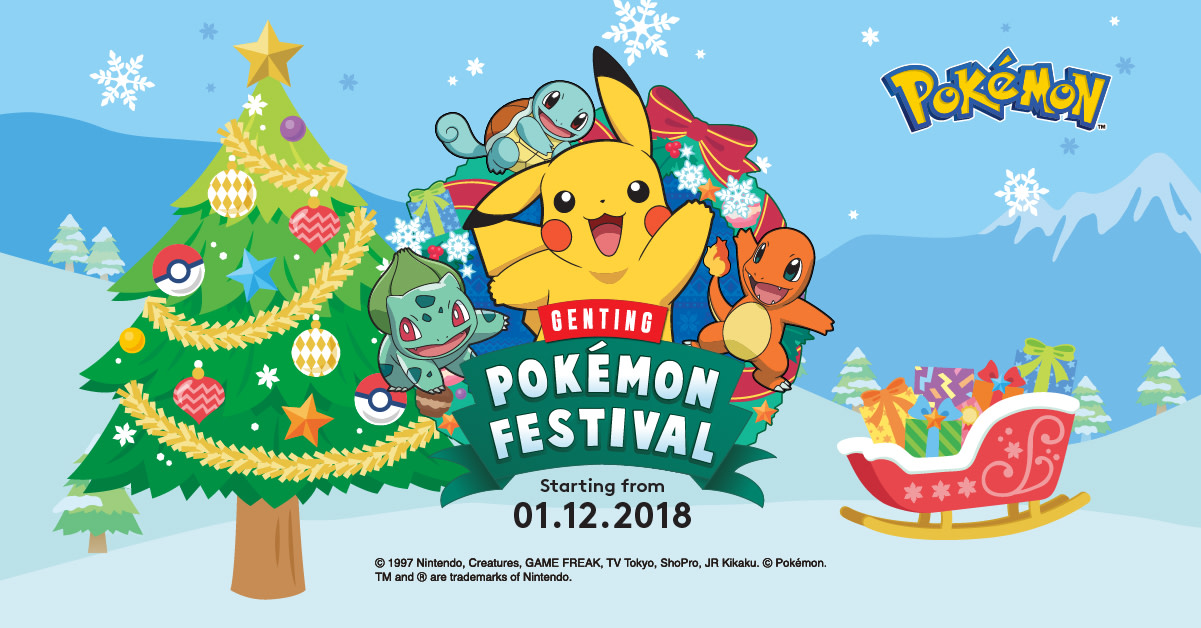 What To Do In Genting When There’s No Theme Park Yet?