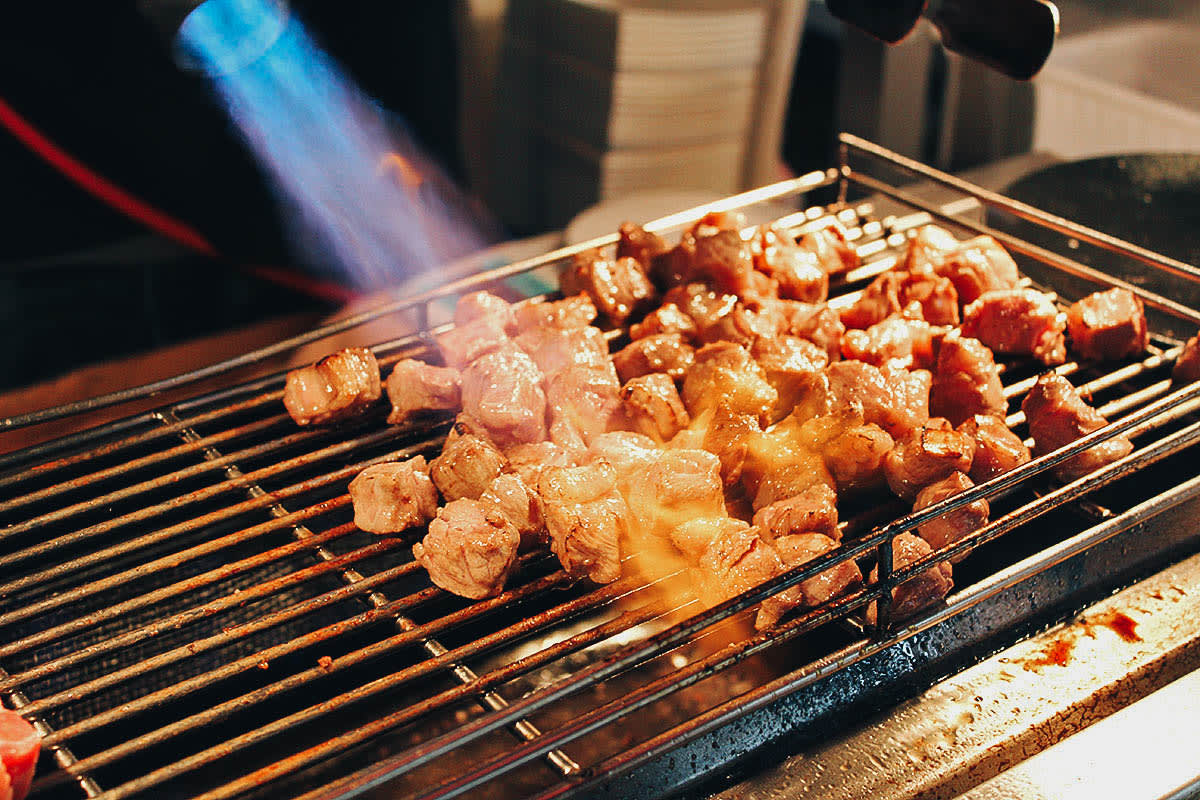 As a holiday destination, Taipei is mostly known as a haven for foodies. With street food and exotic fare galore, it’s easy to see why. Take a walk on the wild side and put these bizarre eats–think morbid animal parts and stinky rotten fare–on your bucket list. It’ll make your Taipei trip that much memorable. And hey, you’ll score some Fear Factor-esque bragging rights. 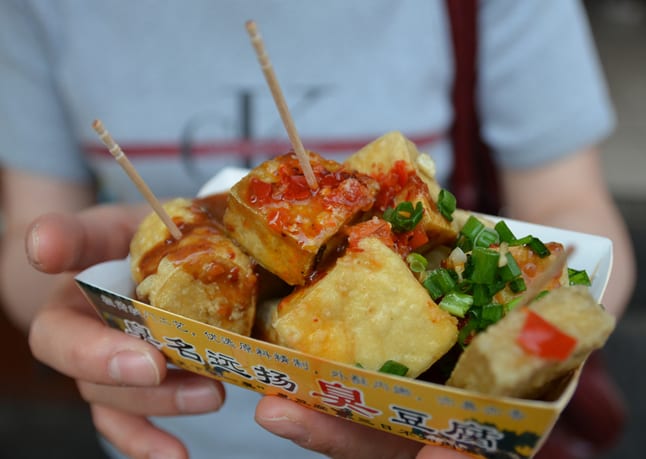 This deep-fried tofu got its typical stench from being fermented in a brine of milk, vegetables, and meat. Usually sold in night markets all over Taipei, stinky tofu is typically served with pickled vegetables and a chili sauce. Try it at the Raohe or Shilin Night Market to get a full-experience. 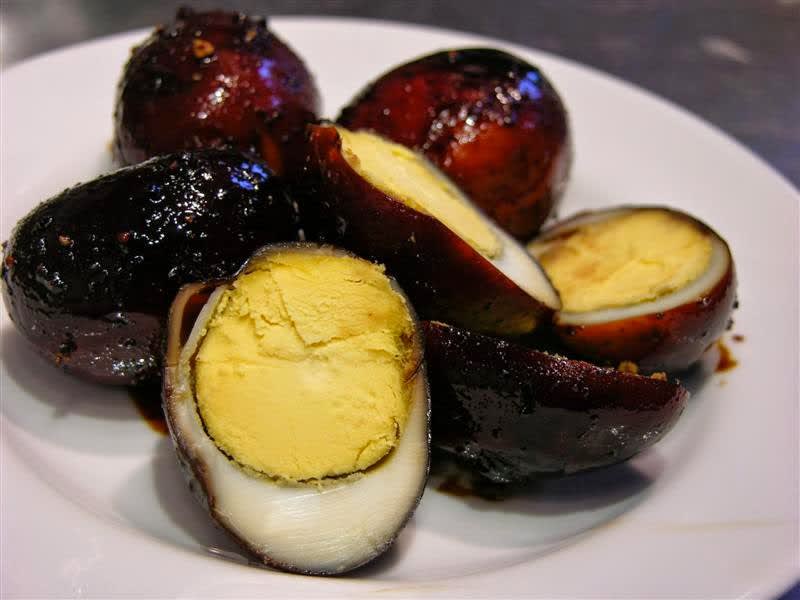 Usually made by stewing chicken or quail eggs in a mix of spices and then air-dried, iron eggs are brown, chewy, and choc-full of egg flavor. Buy them in sealed packs at Ah Po Tie Dan which is the oldest and most popular brand there is. 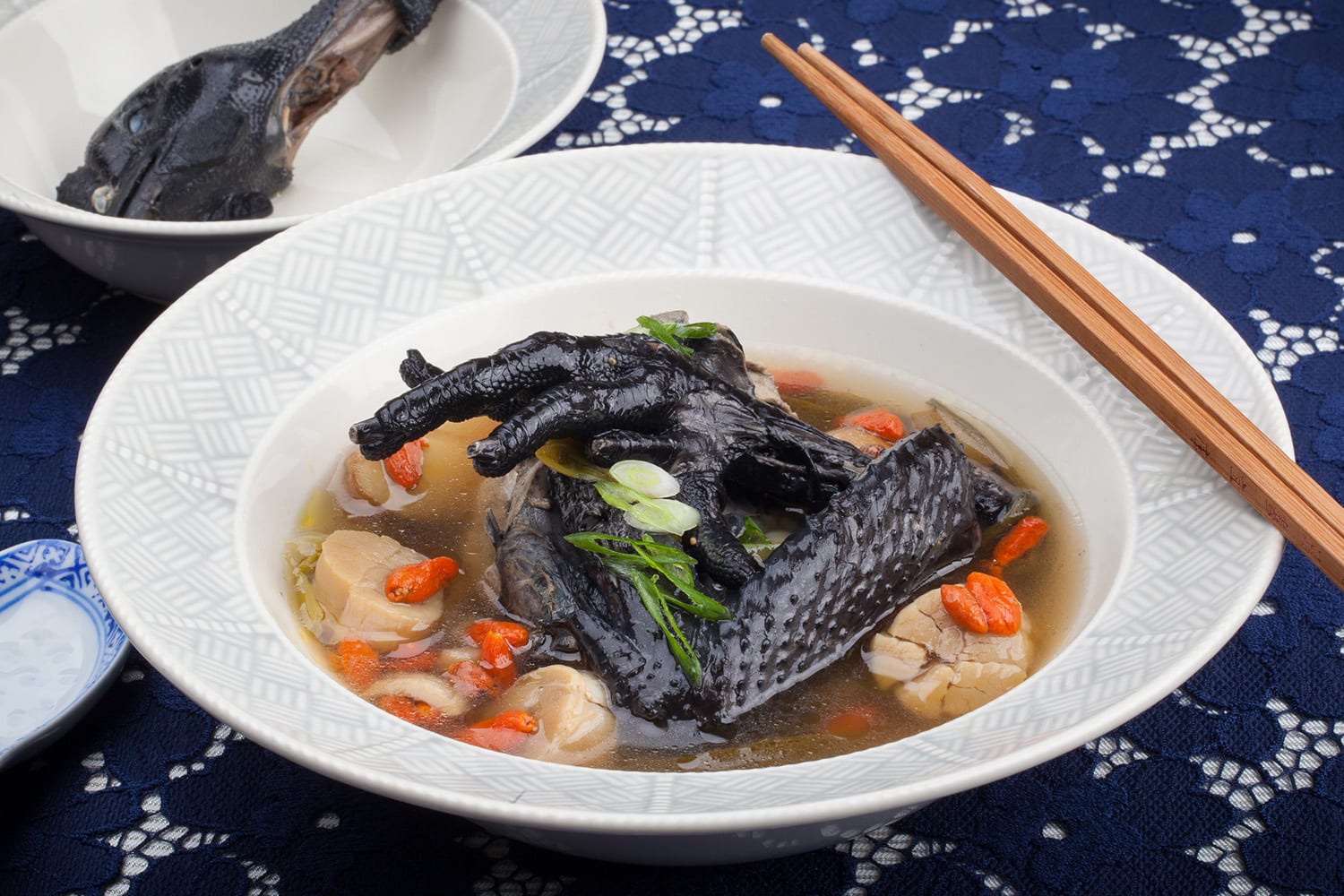 This black-boned chicken, called a silkie chicken, is coveted for its medicinal value because of the high level of antioxidants supposedly present in its meat. Gamier in flavor than a typical chicken, it’s usually served as a deeply flavored and aromatic soup. 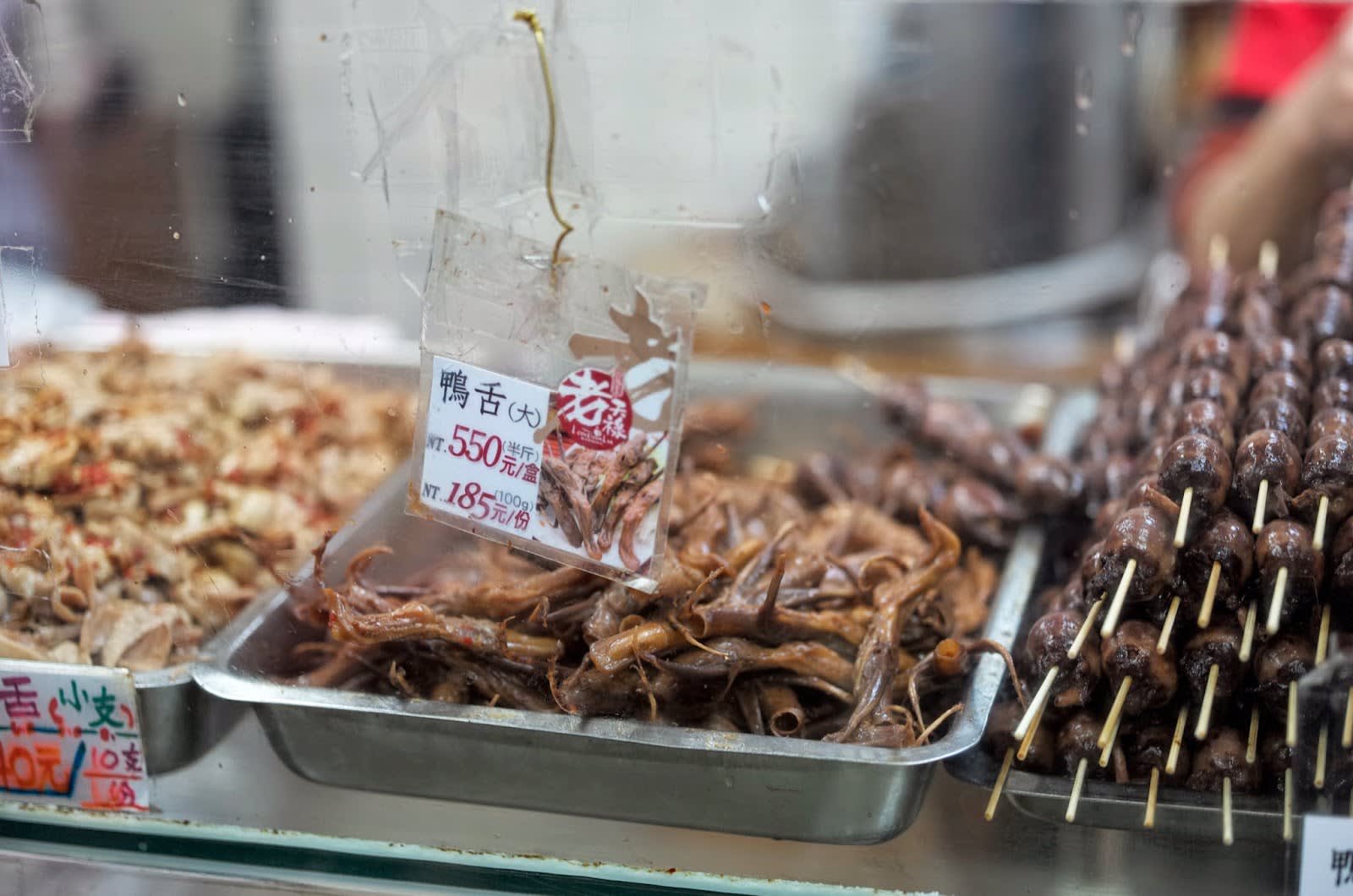 Braised and served with sesame oil or deep fried on a stick, duck tongues are tasty, tender, and melt in your mouth. Best place to try it is at Lao Tian Lu, and there’s always a queue to prove it. 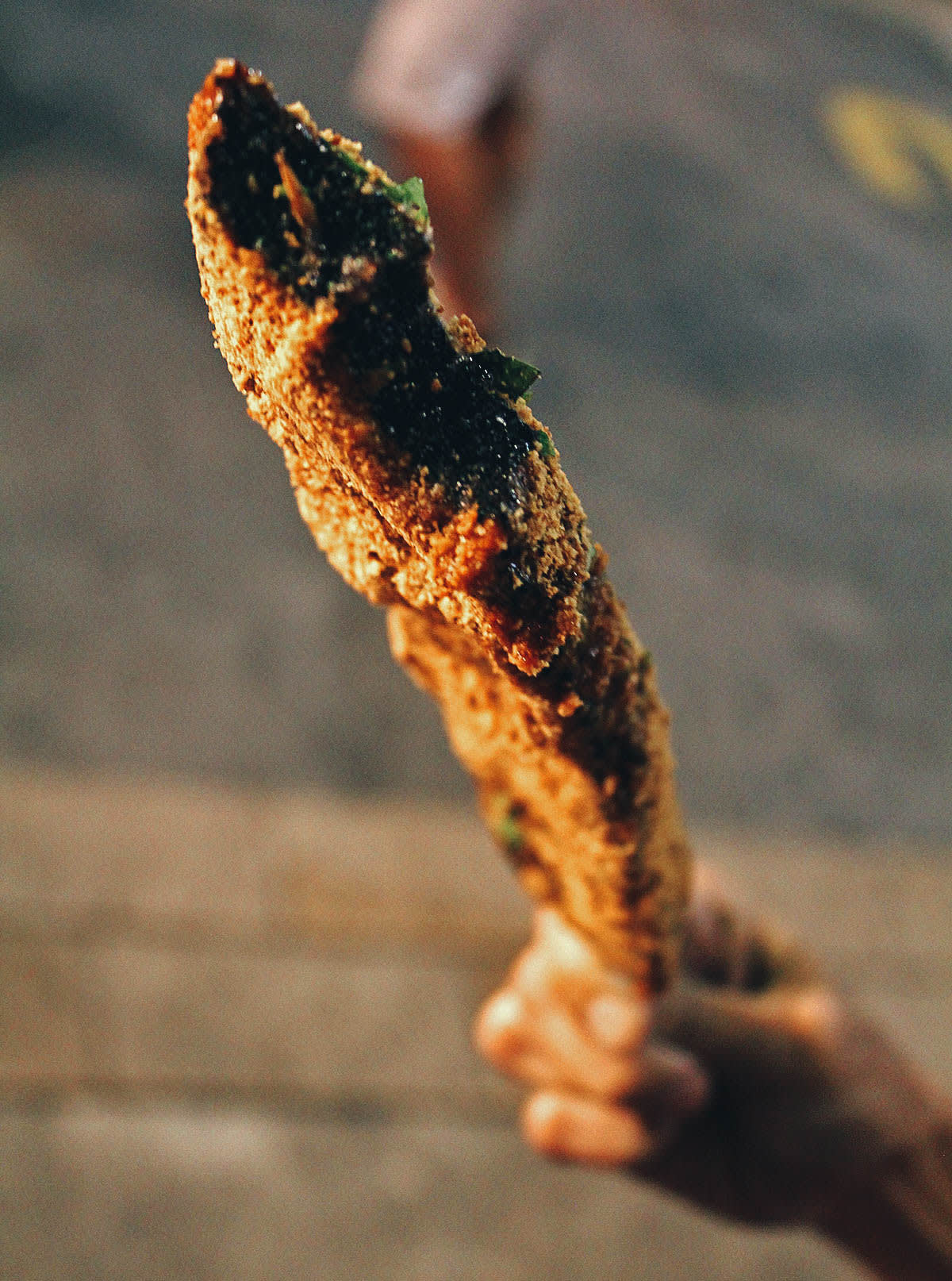 Made from a mixture of sticky rice and pig’s blood that’s bathed in a soy dressing and rolled in peanut flour, it’s actually a very delightful street eat. Serious Eats calls it a hybrid between a rice cake and mochi and definitely a must-try. 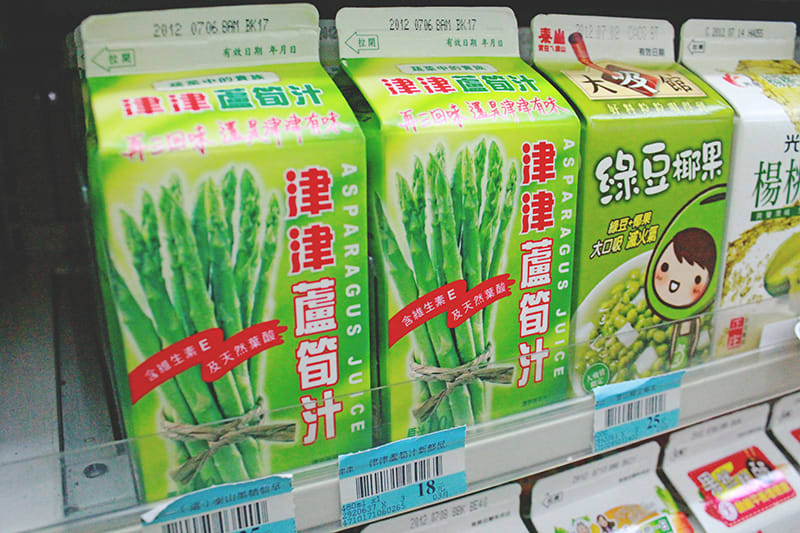 We’ve all heard of tomato juice but I’m sure asparagus is a first. Popular in Taipei and found in local convenience stores and vending machines, asparagus is prized for its supposed health benefits. 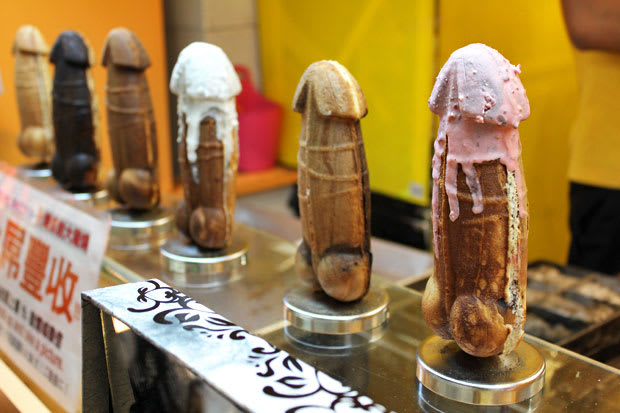 Eye-catching would be one way to describe this unique treat from the night markets of Shilin. Phallic-shaped and is served coated with either chocolate or green tea, consuming it is sure to be a memorable experience to say the least. 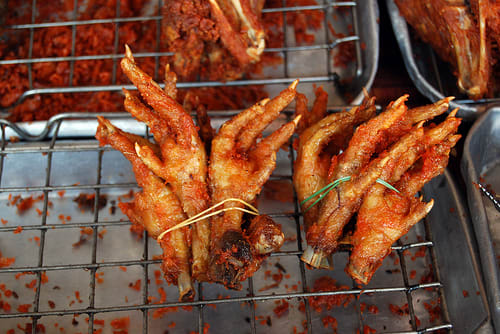 It may look unappetizing with its grotesque form but it takes on a whole lot of flavor! With very little meat, chicken feet is mostly skin and tendon, hence its gelatinous mouth-feel. Usually simmered in a bunch of spices, it’s packed with flavor and is a must-try–if you can get over how it looks. 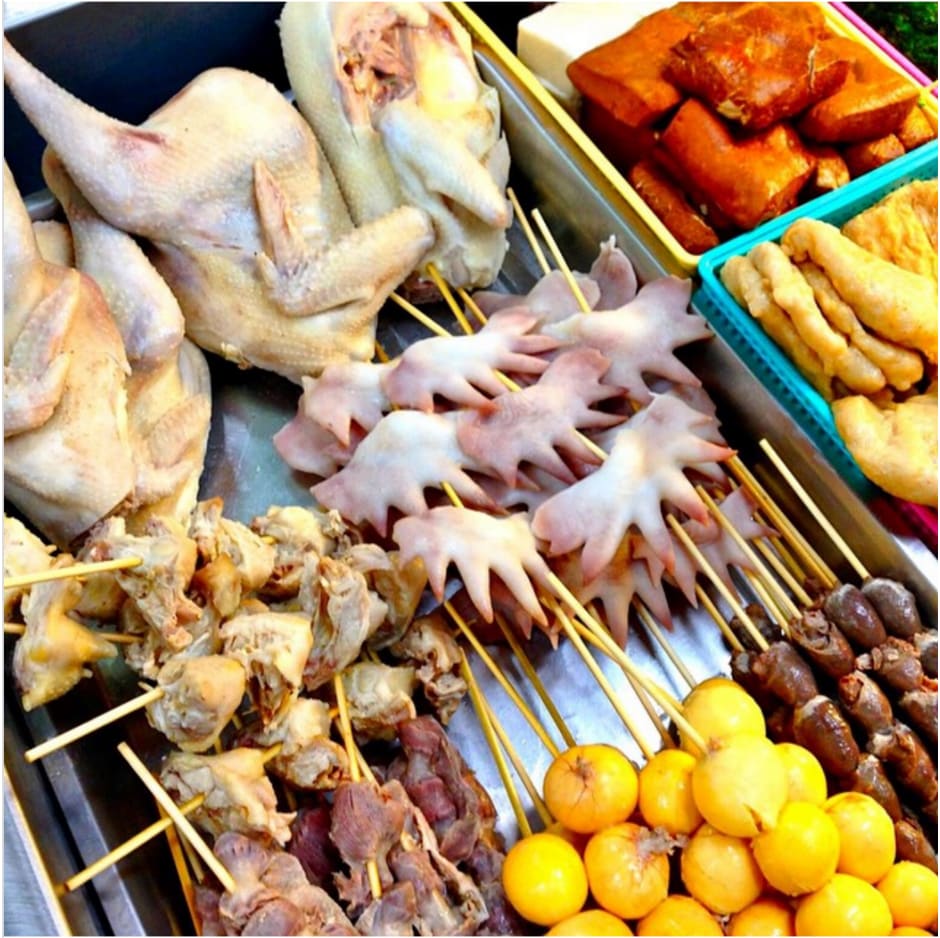 Think chicken feet is grotesque? Well, the cock comb is up that alley. Slightly rubbery on the outside and chewy and gooey on the inside, it’s usually basted in barbeque sauce and grilled in night markets. 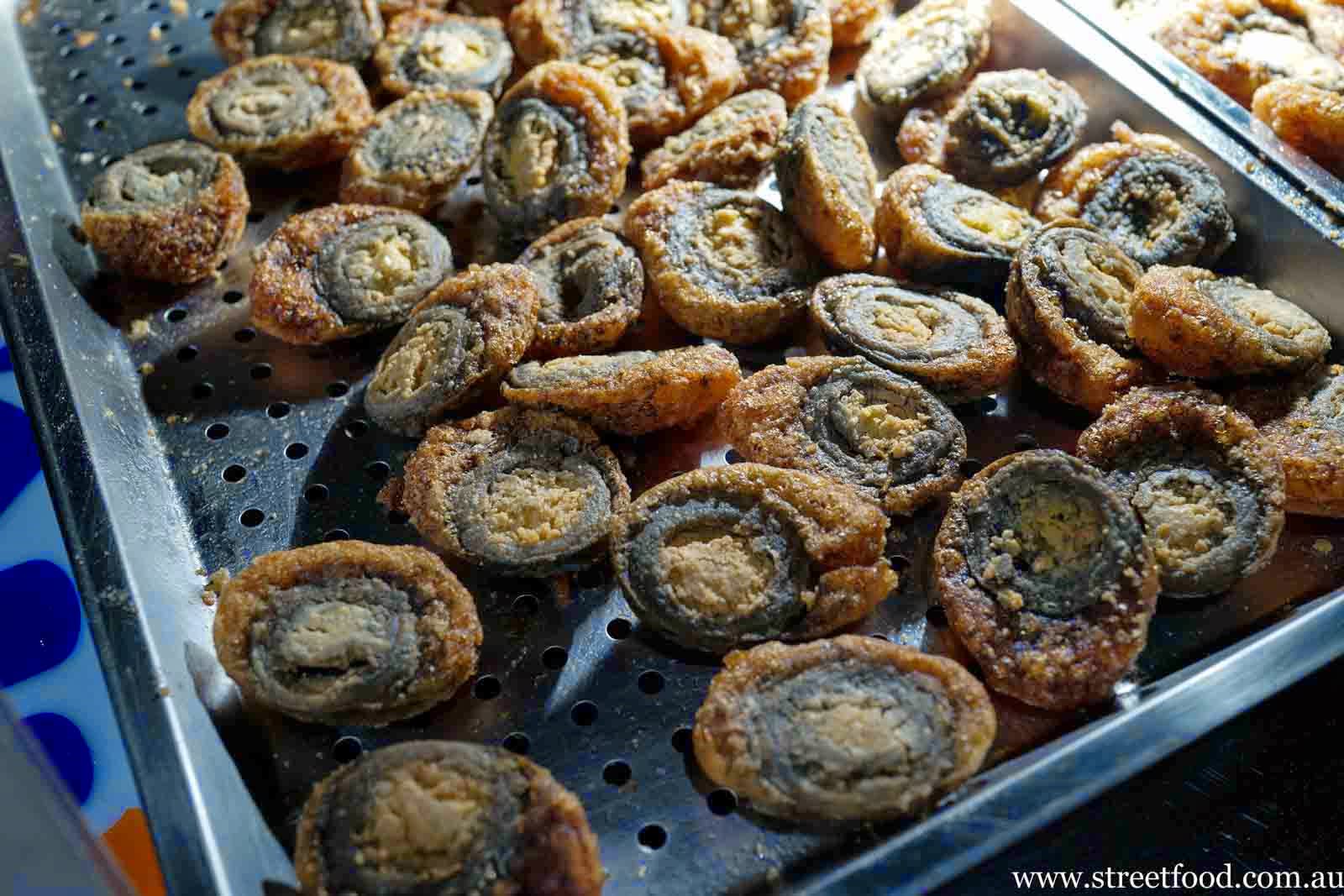 Chicken or duck egg preserved in a mixture of clay, ash, salt, quicklime, and rice hulls for several months (no, not a century) is a usual addition to rice porridge. With a black translucent “egg white” and greenish and creamy “yolk,” century eggs have an earthy, if not musky flavor that’s usually an acquired taste. Get them vacuum sealed and in bulk in local groceries and share the fright home to your friends.. 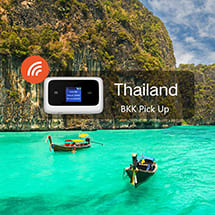 Up for the challenge?

Find out the best way to travel around Taiwan by checking out our 3 Day THSR and 5 Day Joint Train Pass guides!

And remember to Klook yourself a pocket WiFi and Insta-story your adventure as you conquer one food at a time, because as they say, “pictures, or it didn’t happen!”

Extra Tip: Have your luggages delivered straight to your hotel from the airport so you can immediately hop on to your first food stop!

Klook me to Taiwan! 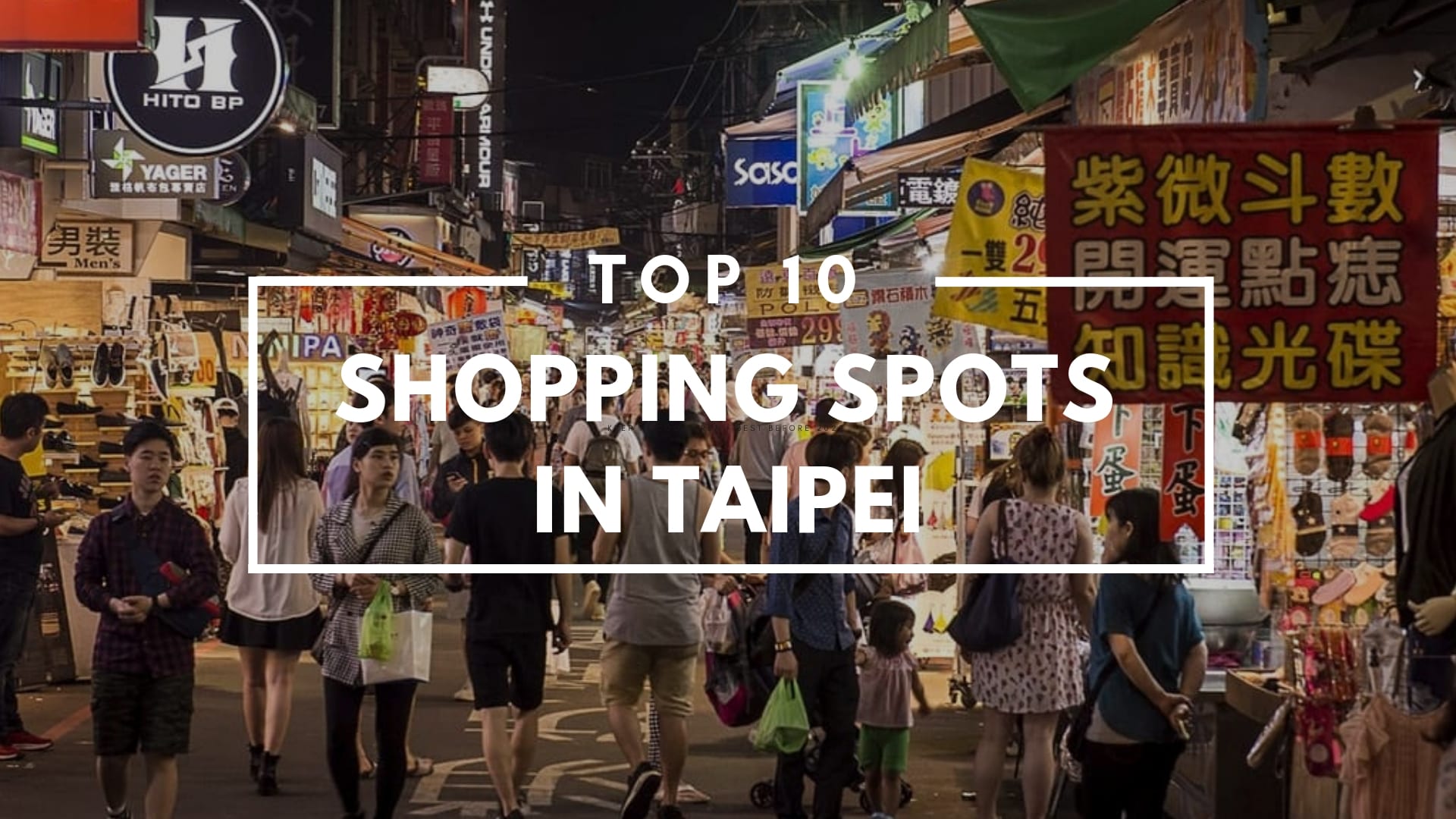 10 Best Taipei Shopping Malls And Markets For Intensive Retail Therapy
Eat, shop, sleep, repeat! This piece was written in collaboration with Skyscanner. We all know and love Taipei for various reasons – the delicious night …

Hualien: A Photogenic Haven
A guide to the beautiful Hualien county in Taiwan, including natural and cultural sights, as well as culinary highlights

A Neighbourhood Guide to Taipei
Travelling to Taipei is always an adventure, but which parts of town are best to visit? Find out here with this useful Taipei neighbourhood guide