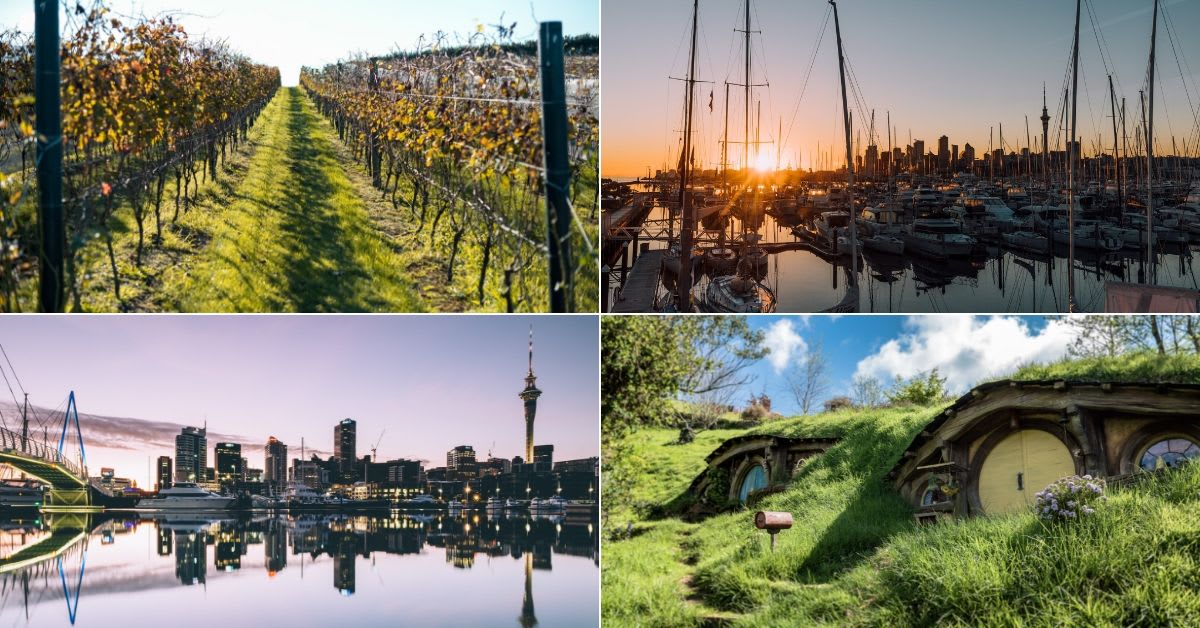 If you’re anything like us, you started planning a trip to New Zealand as soon as Frodo set off from Bag End. The country’s North Island – also named Te Ika-a-Maui for the mythological fish of a Māori demigod – certainly lives up to its legendary status.

It’s got everything from jaw-dropping phenomena, like the Rotorua geysers and iridescent Waitomo Caves, to the cinematic magic of the Hobbiton set. Whether exploring Auckland’s seaside streets or feeling the buzz in the skydive haven of Taupo, your time here is set to be loaded with unforgettable experiences.

Check out our list of North Island’s most thrilling adventures:

1. Go from beach to city to bay in Auckland 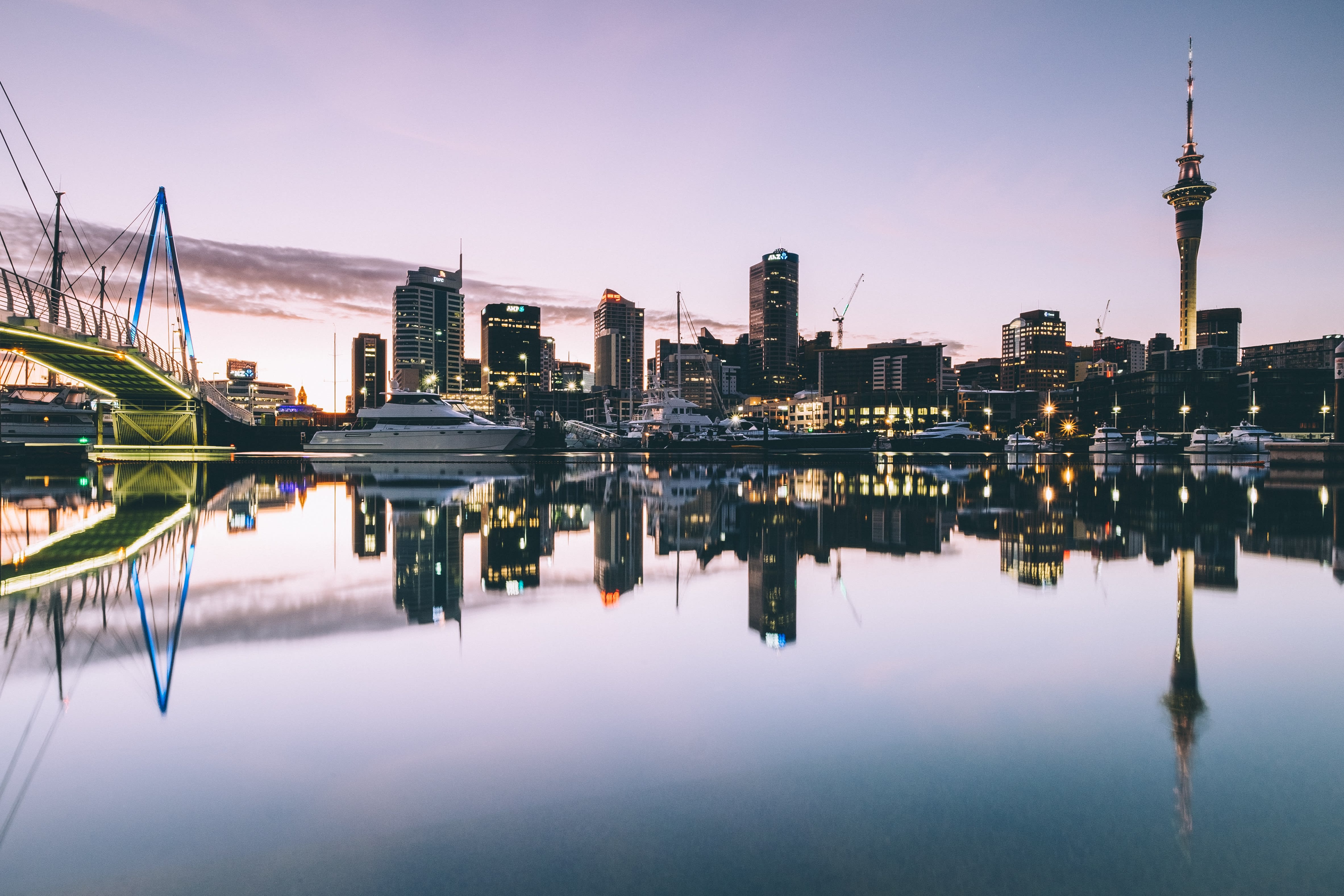 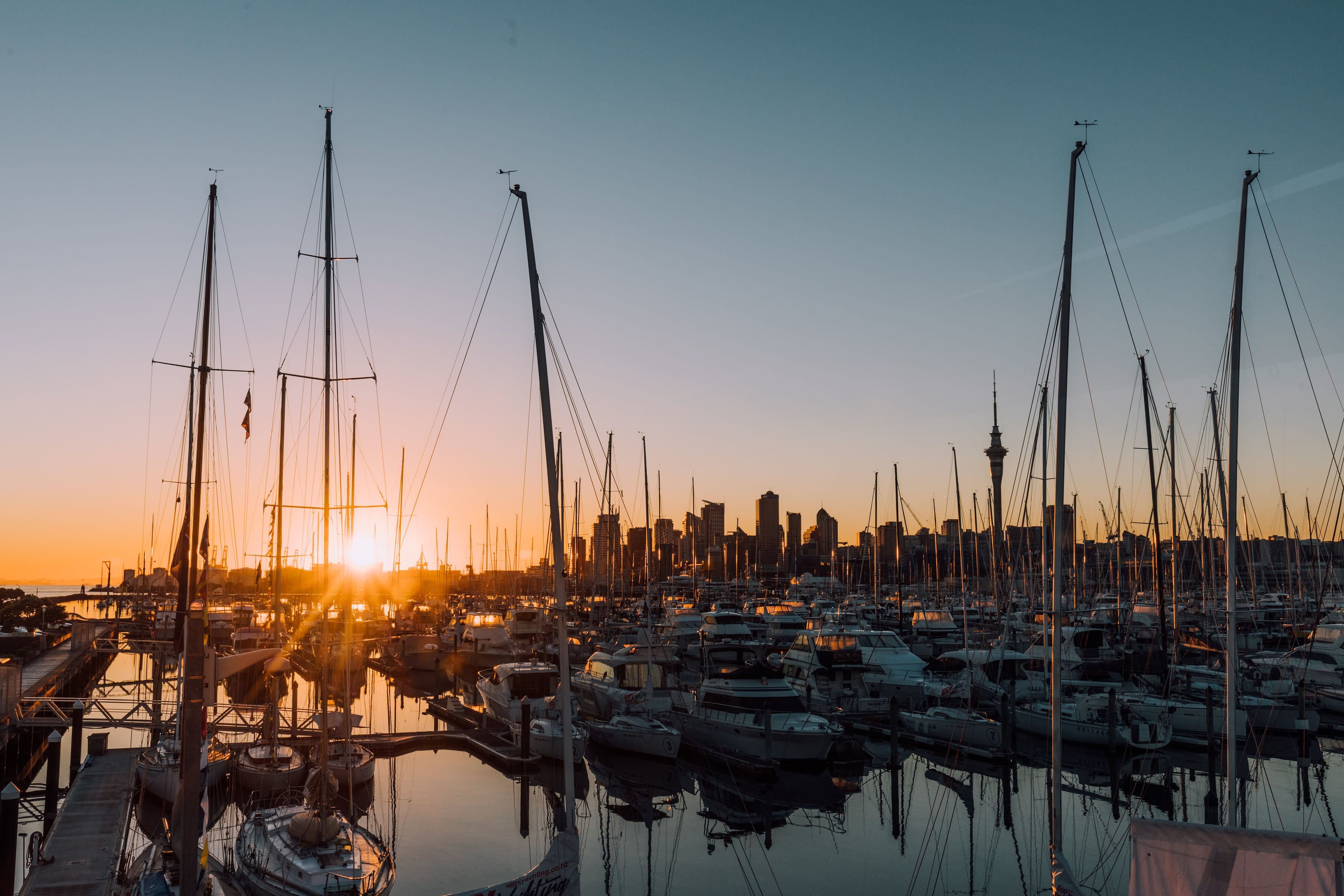 Chances are you’ll start your trip in Auckland, the most populous city in New Zealand. Not only a great launching pad for the rest of the Island, the ‘City of Sails’ is also a vibrant metropolis surrounded by bays, beaches and wineries. Climb the 60-storey Sky Tower for views over the Viaduct Harbour, and – if you dare – you can even bungee jump off the top!

To see the city from the water, hop on Klook’s Auckland Day Tour, which includes a ferry cruise on the Waitemata Harbour.

Klook your Auckland day tour with a cruise

2. Search for Bilbo in Hobbiton 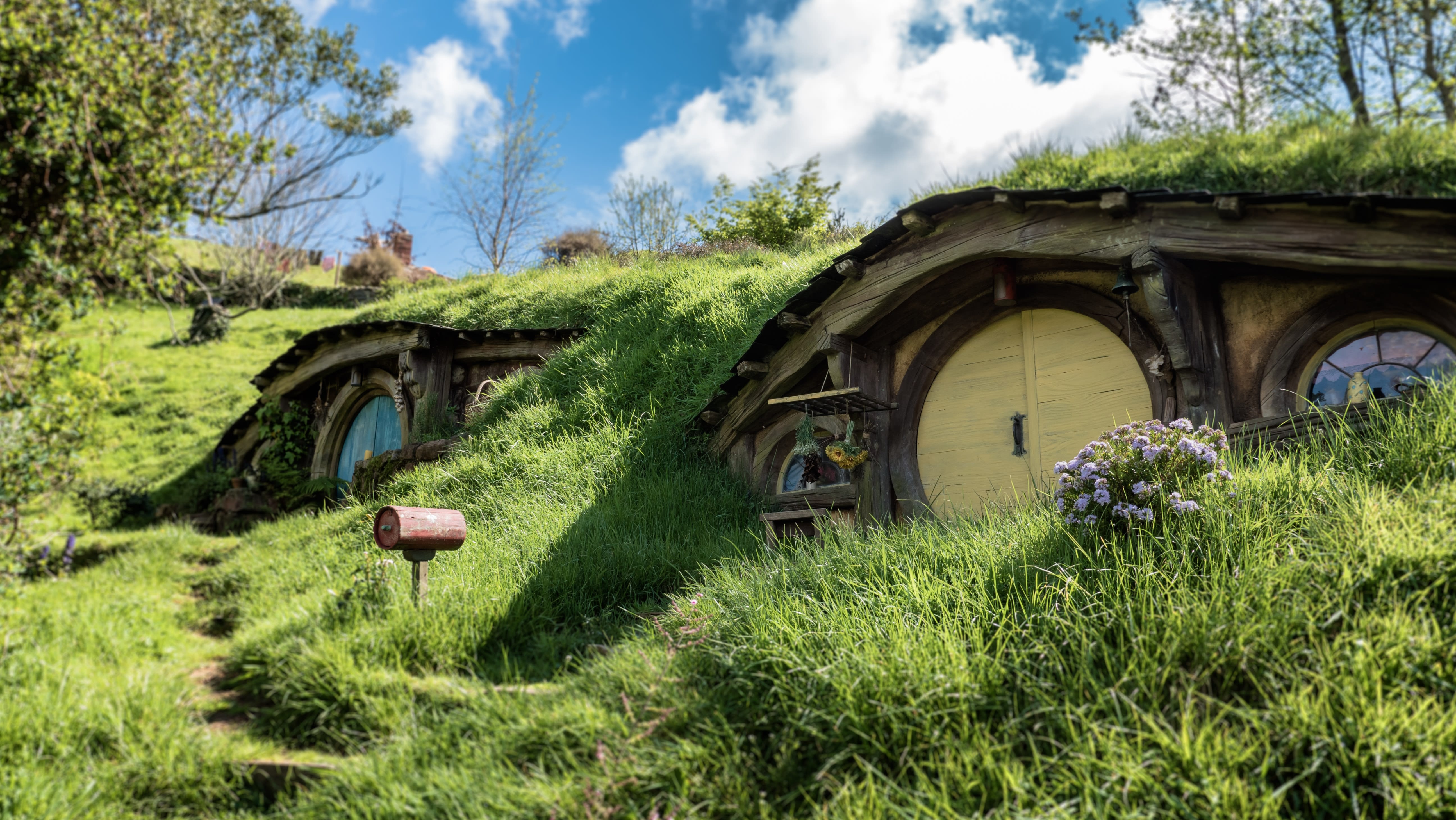 Whether a Tolkien fan or not, you’re sure to find Hobbiton more enchanting than Gandalf’s fireworks. This permanent movie set village is nestled in the small farming community of Matamata and enveloped by lush countryside. On Klook’s Hobbiton movie set tour, guided by a fellow The Lord of the Rings enthusiast, you can investigate the Hobbit houses and drink a pint of Southfarthing ale at the Green Dragon Inn, just like Bilbo and the gang. It’ll be tough to choose your favourite selfie – is it the one in Bag End, or underneath the Party Tree?

3. Get acquainted with glow-worms at the Waitomo Caves 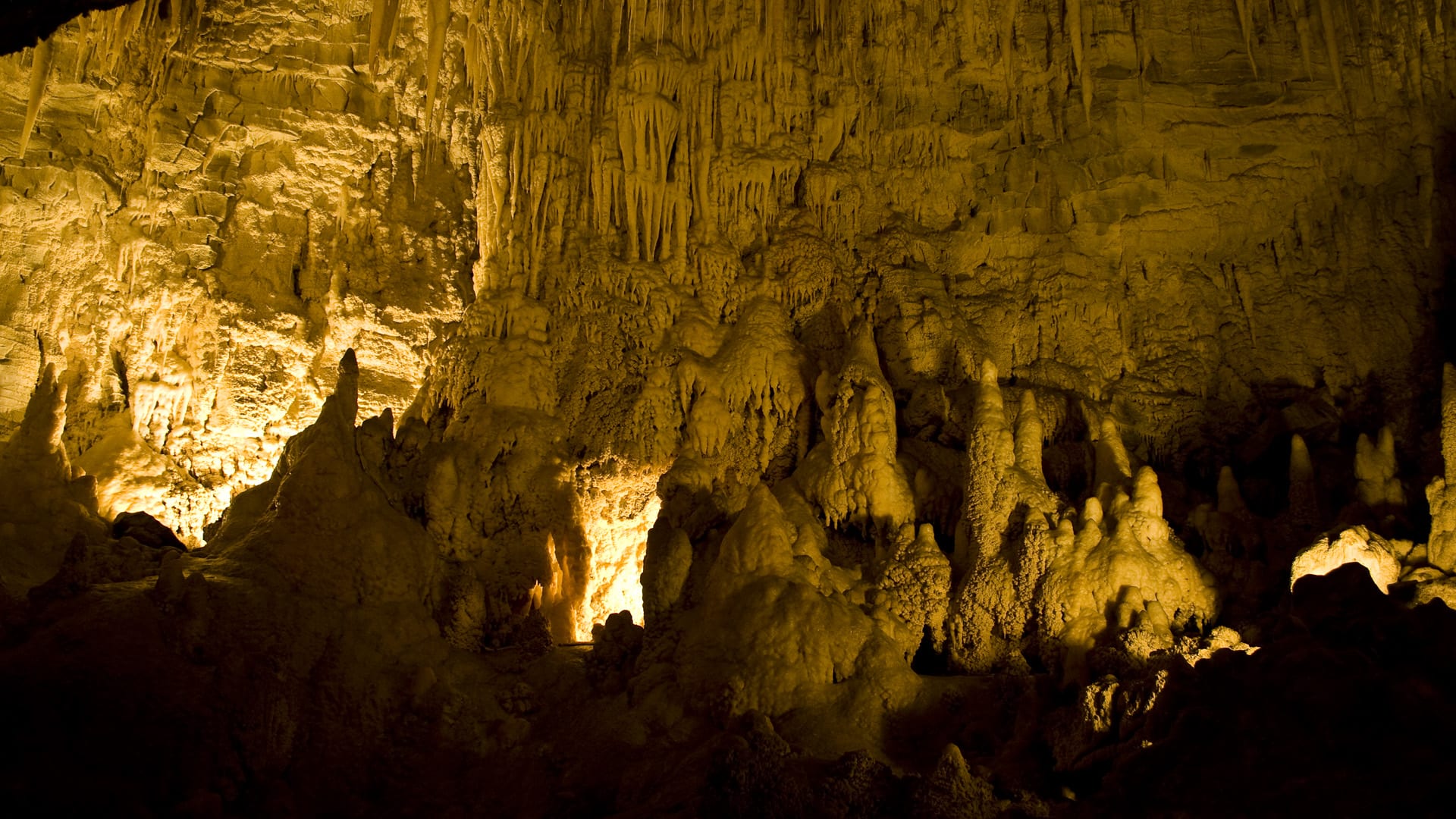 Only an hour’s drive from the town of Hamilton lies one of New Zealand’s most remarkable natural phenomena. In a pitch-black grotto accessible by an underground river, thousands of tiny glow-worms illuminate to create a galaxy of blue-green stars in the stone. If you don’t mind jumping, climbing and crawling, you can take the adventurous route and go ‘black water rafting‘ through the caverns in a rubber ring. 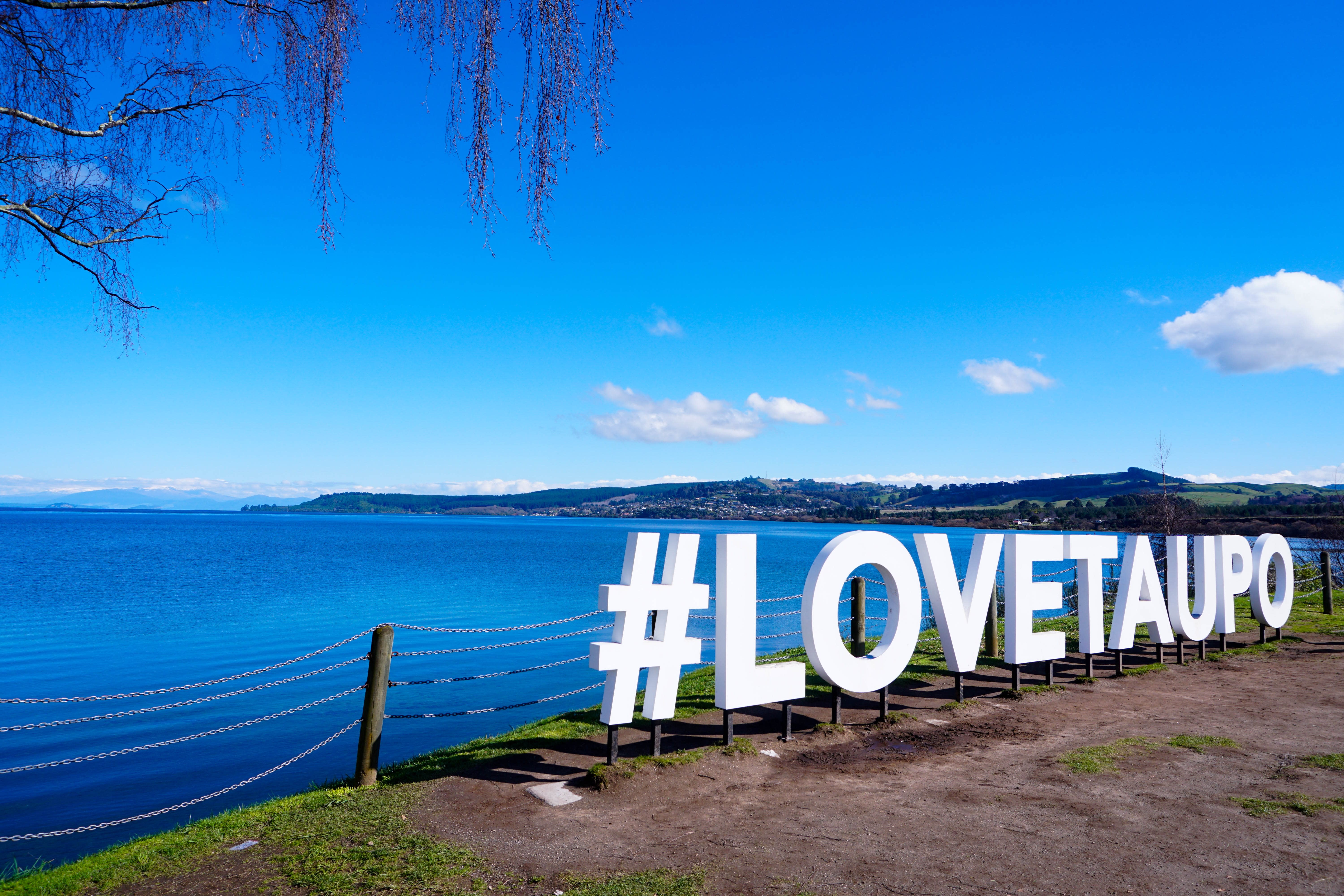 The modern-day bungee jump is a New Zealand invention, so where better to take the plunge than in its birthplace? Taupo is home to the highest ‘water touch’ facility in the country, where thrill-seekers leap from a platform 47 metres above the rushing Waikato River. If you’d rather fly free, this area is also known as the ‘skydiving capital of New Zealand’. Soar over Lake Taupo, safely strapped to an expert instructor – and a parachute, of course.

You can bounce straight into these adrenaline-supercharged activities on a bungee-jump or skydive with Klook.

5. Slather yourself in sludge at Rotorua’s spa 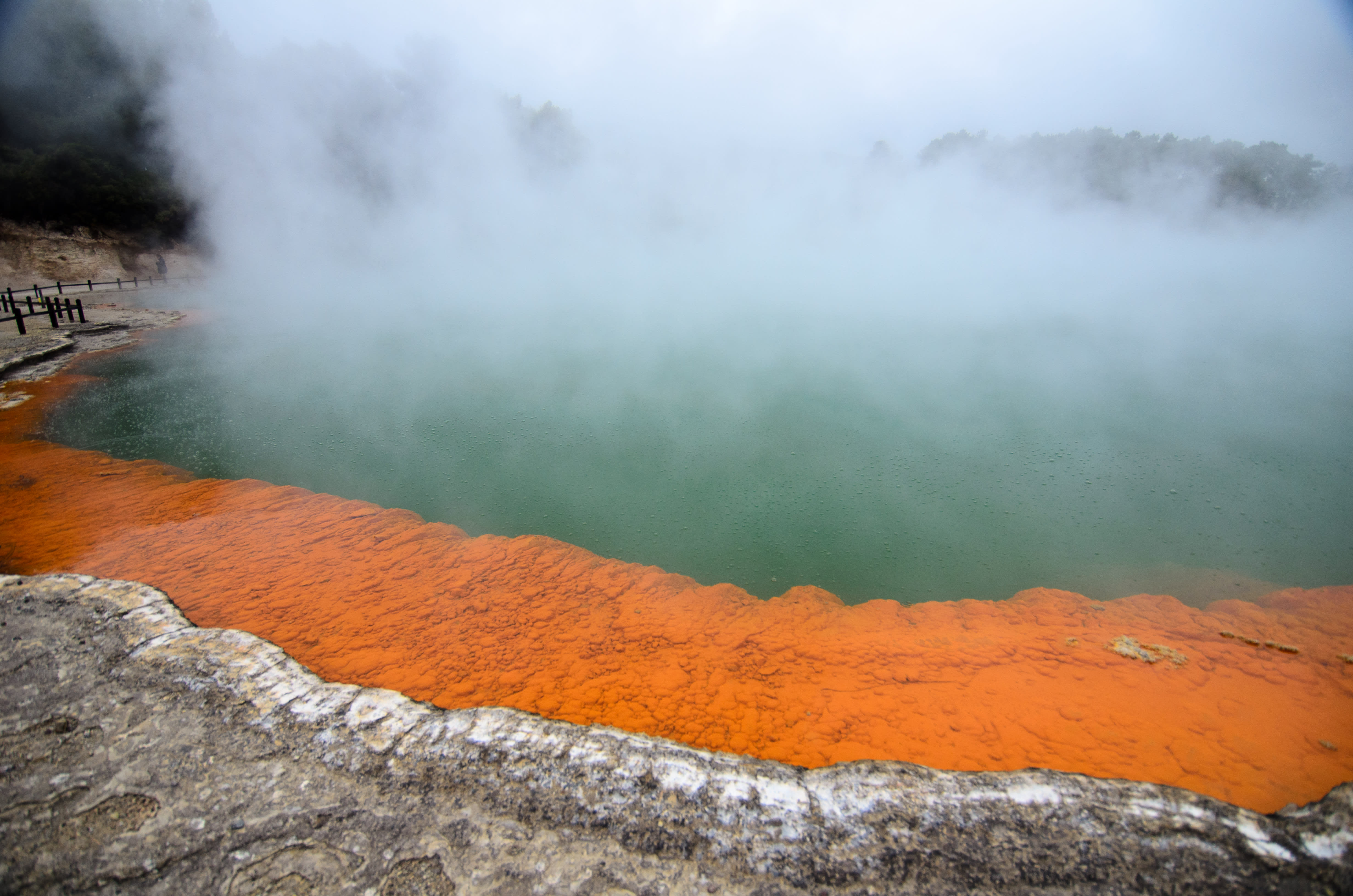 It might not seem pretty, but this natural skin treatment will leave you feeling silky smooth. Trust us, taking a mud bath at geothermal wonderland Hells Gate is more heavenly than it sounds! Follow it with a dip in a spring-fed waterfall or a walk among erupting geysers and steaming lakes. Back in the centre of town is another of earth’s vents, Pōhutu (aka Big Splash). Its 30-metre-tall water and steam-jet expulsions are a photo opportunity not to be missed.

Ready to get stuck in? Book your Hells Gate Mud Bath excursion with Klook.

6. Sail through the Bay of Islands

Home to more than 140 subtropical land masses, this archipelago near the northernmost tip of the country is teeming with marine wildlife. Our pick is Piercy Island’s (Motu Kōkako) naturally formed sea tunnel. To get a sense of New Zealand’s ancient past, visit Waitangi Treaty Grounds, a sacred site where the first settlement agreement was signed between the British Crown and the Māori people.

Join the Klook Bay of Islands Tour to sail through ‘The Hole in the Rock’ before catching up on some history in Waitangi.

Klook your bay of islands & waitangi tour inclusive of cruise 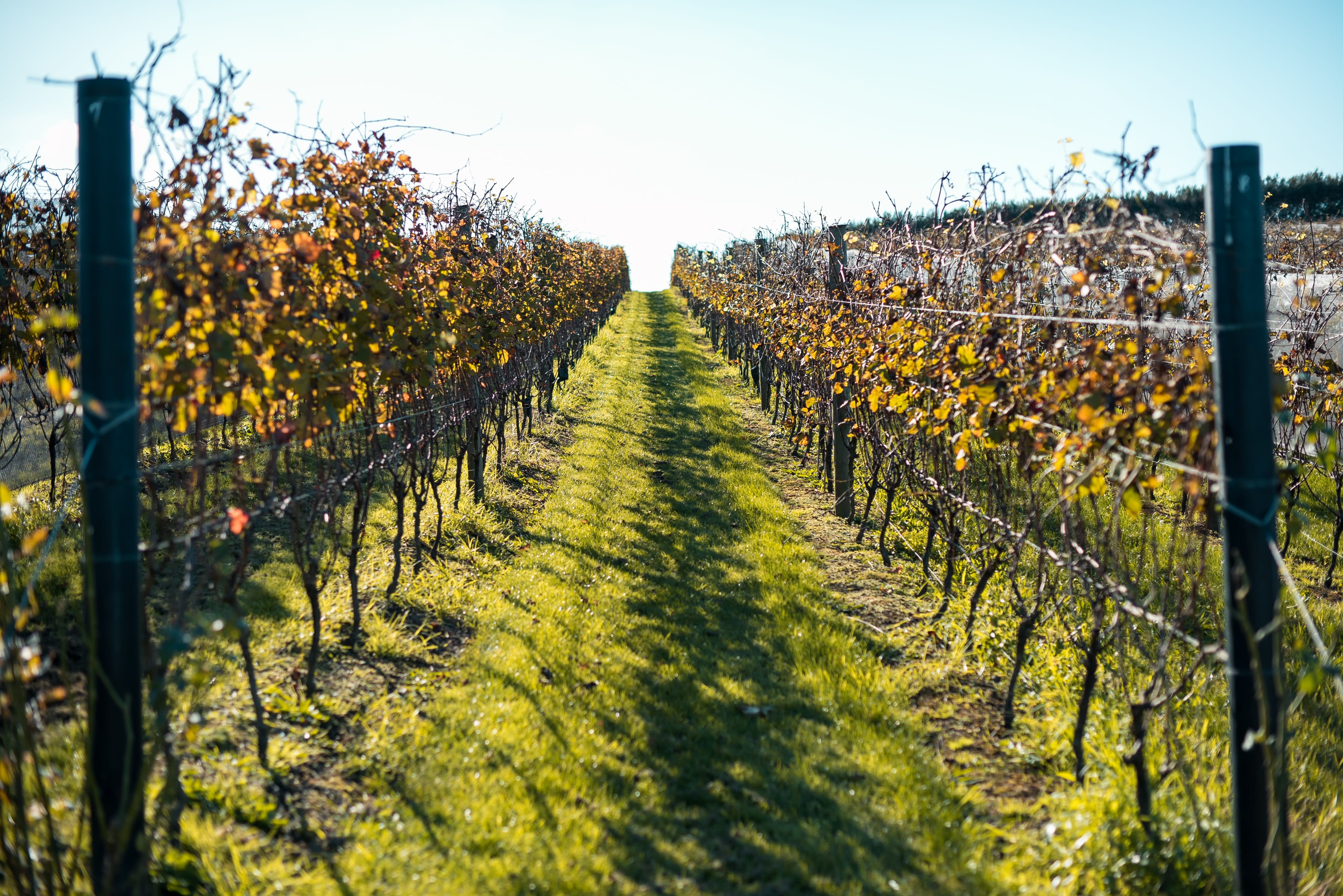 Indulge in samples across three vineyards, including lunch at celebrated Stonyridge, on a Klook Waiheke Day Tour leaving from Auckland. 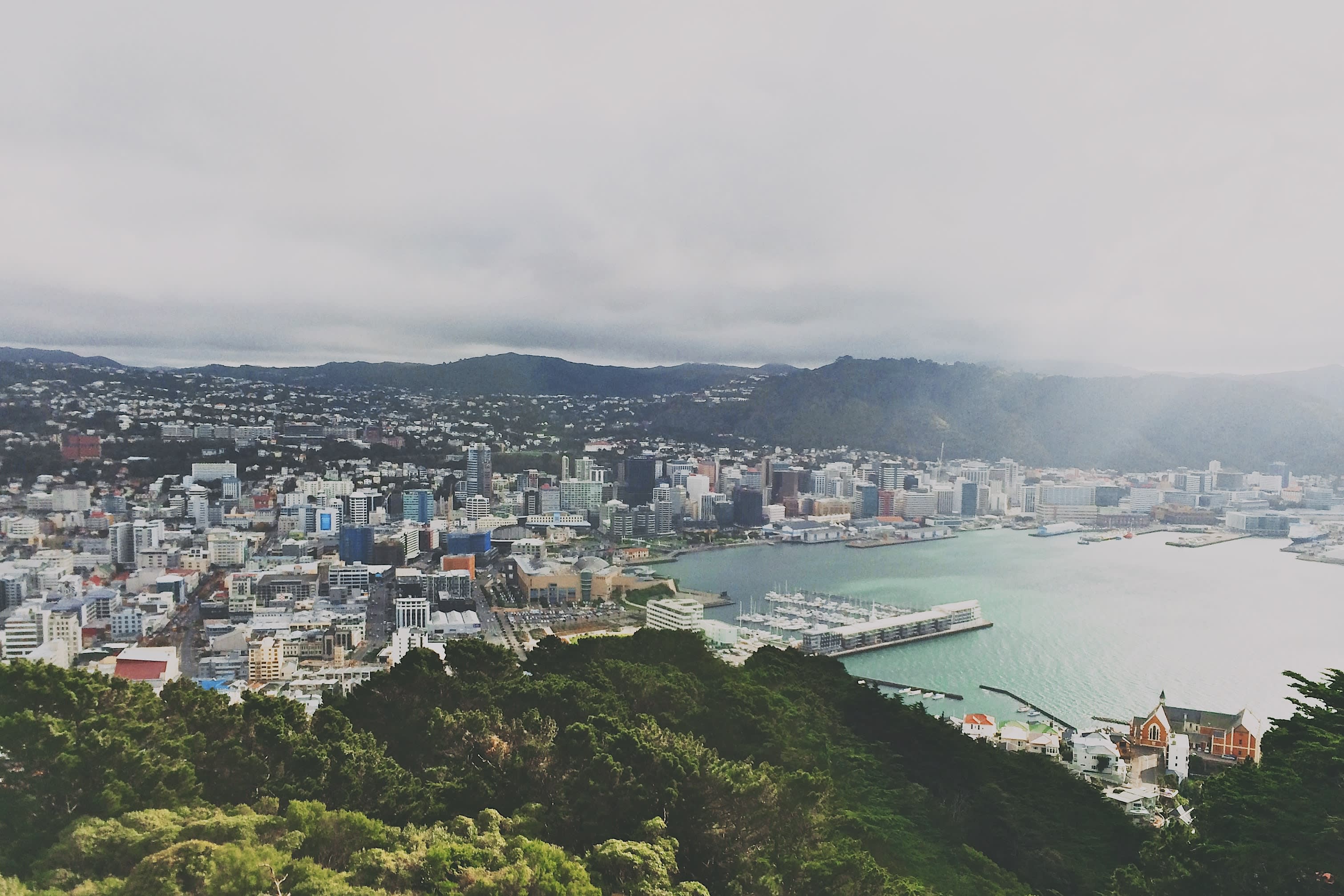 This laid-back and compact capital city will charm you with its hometown feel. There’s enough to keep you busy here, from colourful Cuba Street’s eclectic bites to national museum Te Papa’s indigenous culture displays. The old-fashioned, slope-hugging cable car is our personal fave. Make the ascent to check out sweeping hilltop views before being dropped back in the verdant Botanic Gardens.

For a whistle-stop trip around Wellington’s highlights, book a hop-on and hop-off sightseeing bus tour.

Klook your wellington hop on hop off sightseeing bus tour

9. Surf and trek the turf in the Bay of Plenty 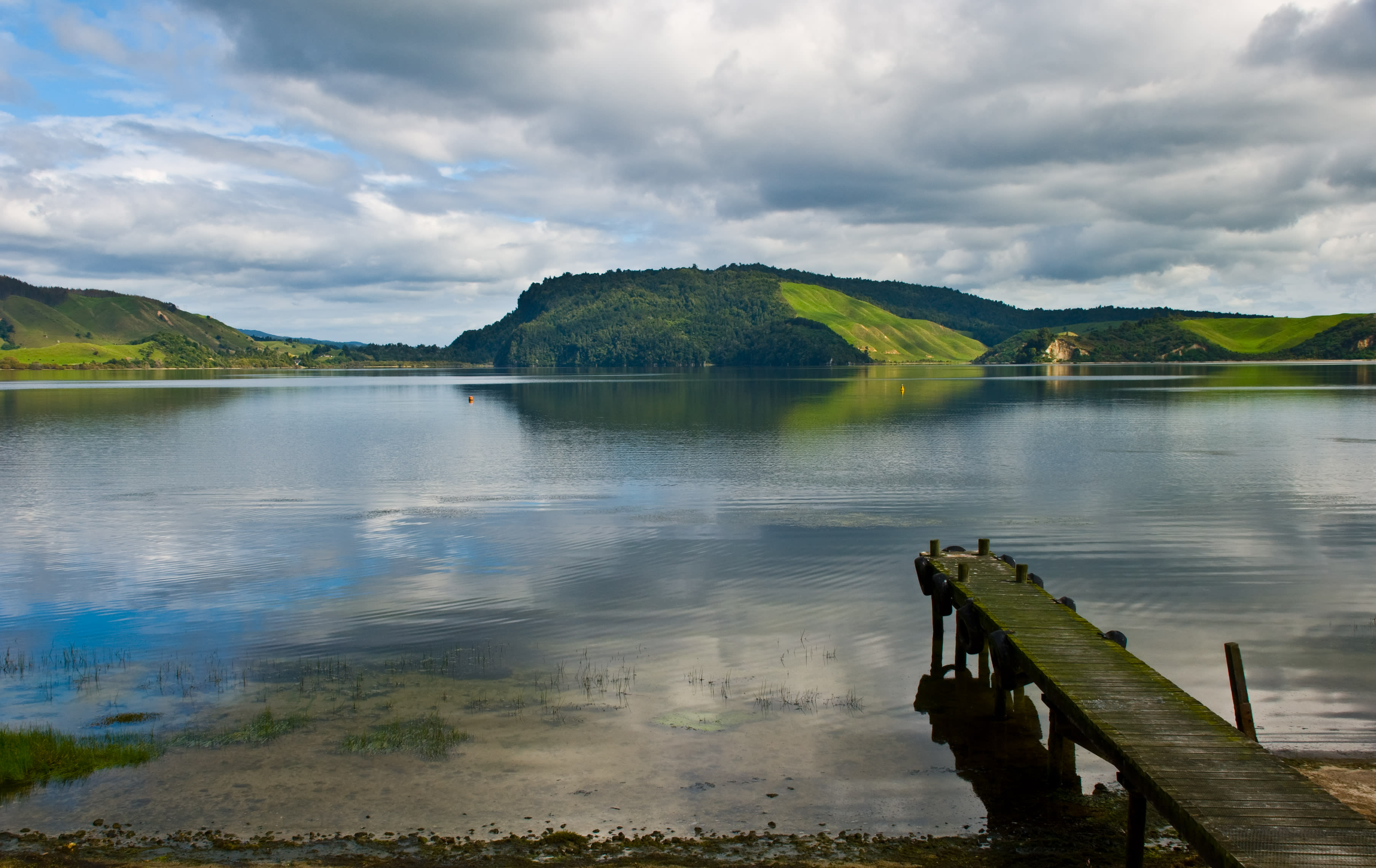 It’s always a good sign when your holiday spot is a local favourite. The Bay of Plenty is loved for its picturesque beaches, surf spots and breathtaking mountains. For the best views across turquoise seas and the curving peninsula, we recommend walking up Mt Maunganui (Mauao), which you can do in less than an hour. 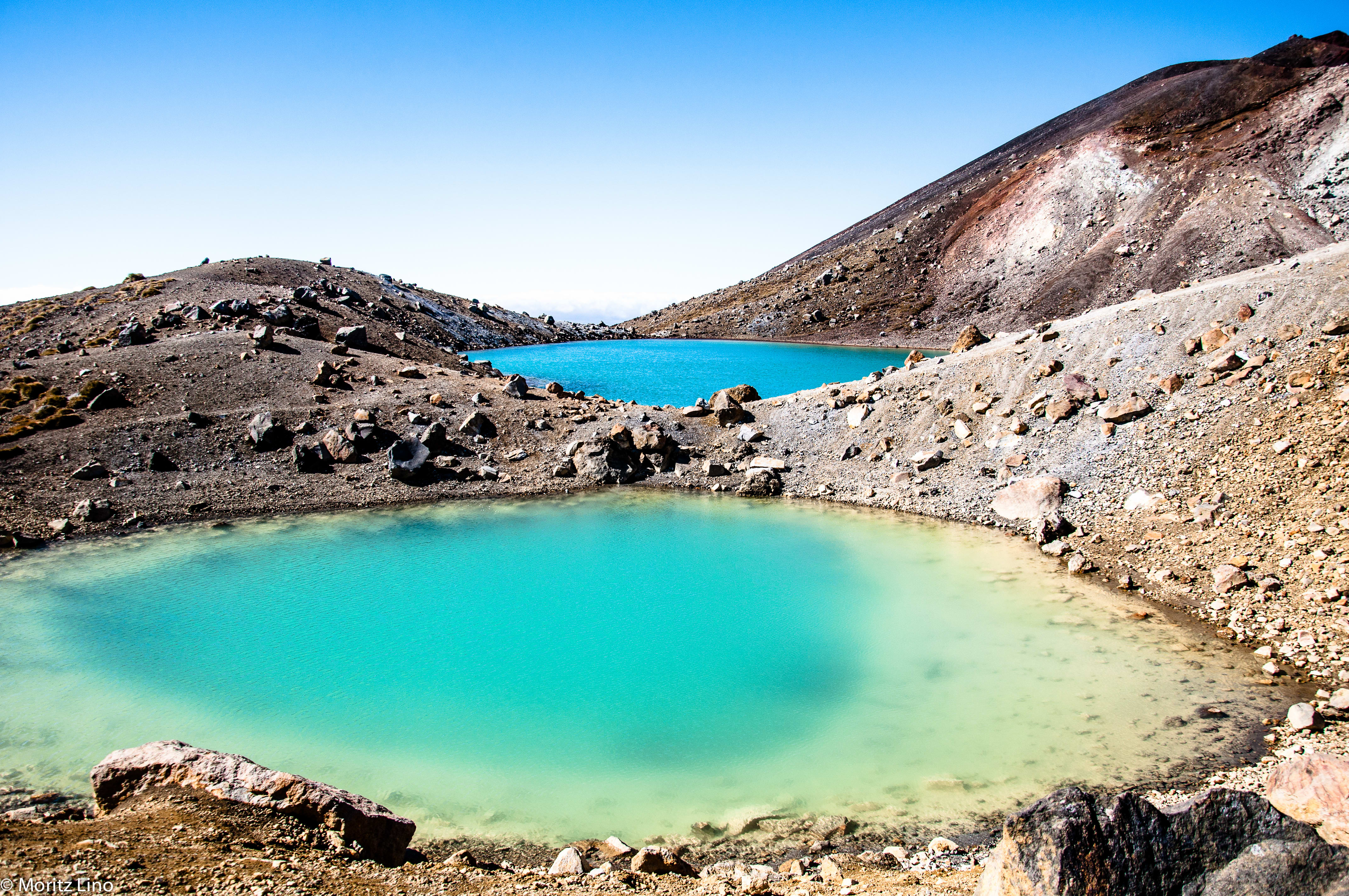 This epic trail takes you through New Zealand’s oldest national park and its dramatic volcanic landscape. The 19.4km-long track takes a full day to hike. It’s best to go with a guide at most times of the year unless you’re experienced, as snow appears well into spring. The Lord of the Rings fans have a chance to catch another movie shot along the way at Mount Ngauruhoe, the imposing setting for fictional Mount Doom.

Klook Tip: the weather can be unpredictable, even in summer, so we’d suggest bringing sturdy hiking boots and plenty of water.

All geared-up for that special Kia Ora welcome?

For more information and ideas about what to do in the North Island of New Zealand on Klook. Complete your holiday with the essentials like 4G SIM Card and WiFi device as well as private or shared airport transfers!

A First Timer’s Guide to New Zealand
A beautiful island country in the southwestern Pacific, NZ is a wonderful place to visit, especially if you’re heading down there for the first time. 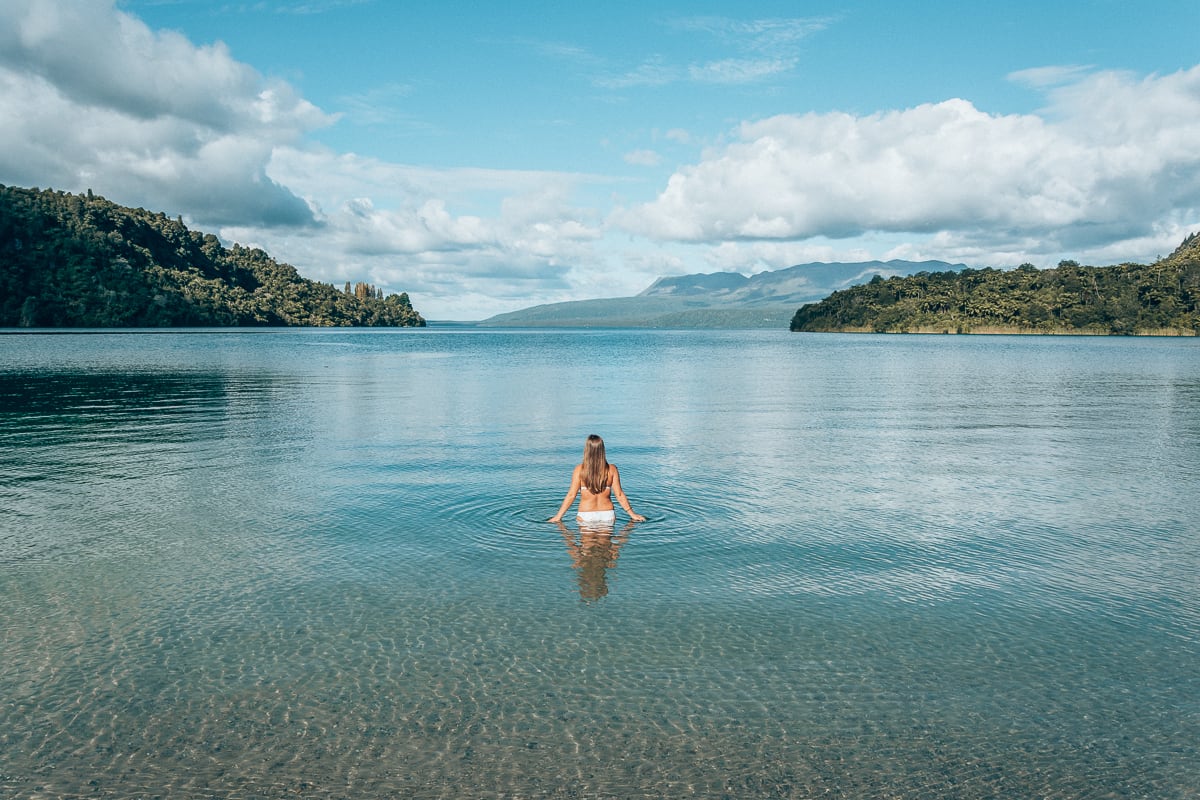 10 Unique Experiences You Need To Have In Rotorua
Kia Ora (hello)! Discover the wonders of Rotorua through the eyes of Flip Flop Wanderers as they explore the unique experiences this gem has to offer.

Your Action-Packed Guide On Things To Do In New Zealand’s North Island
NZ's North Island has got everything from jaw-dropping phenomena, like the Rotorua geysers and iridescent Waitomo Caves, to the cinematic magic of the Hobbiton set!

8 Things to Avoid in Thailand (and What to Do Instead)
Thousands of tourists visit every year, but there are some pitfalls that could ruin your Thailand vacation. Here's what to avoid...and what to do instead.